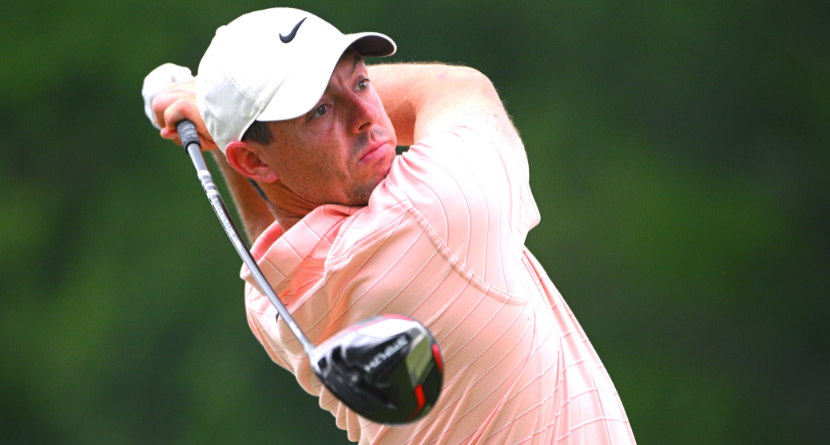 Rory McIlroy has been in this position many times. For Ryan Fox, it’s a new experience.

Two golfers with very different profiles are vying to finish a turbulent year on the European tour as its No. 1 player heading into the season-ending DP World Tour Championship on the Earth Course in Dubai.

McIlroy — the top-ranked player, a four-time career major winner and the FedExCup champion on the PGA Tour this year — leads the Race to Dubai standings as he bids to be the European tour’s leading player for the fourth time in his career, after 2012, ’14 and ’15.

Fox is only narrowly behind McIlroy in second place — the points difference is 128.1 — after the best year of his career that has seen him win two events, the Ras al Khaimah Classic and the Alfred Dunhill Links Championship, and be runner-up four times. Last month, the New Zealander reached a career-high ranking of No. 23.

“Rory is the best player in the world,” Fox said Wednesday. “He’s obviously the favorite but to be in this position is great and I’ve got nothing to lose this week.

“Won’t do anything different from what I’ve been doing all year. Just go out and try to beat the golf course and see what happens in that sense. That’s served me pretty well and hopefully I can do the same thing this week.”

"I'm really proud of what I've done this year. It's been a fun ride."

McIlroy has won the FedExCup and Race to Dubai three times each, but never in the same year.

“The way I’ve played throughout the year, I’ve been so consistent, especially the last six or seven months post-Augusta,” said McIlroy, who spoke out again Tuesday about the fractured state of golf between established tours and Saudi-funded LIV Golf, saying he hoped it could be healed.

“I feel like my game is in good shape. I would be slightly disappointed if I walked away from here knowing I didn’t play as well as I can, and I know if I do play like that, I’ll give myself a good chance.”

Five other players — Matt Fitzpatrick, Tommy Fleetwood, Viktor Hovland, Shane Lowry and Adrian Meronk — also have a chance of overhauling McIlroy in the Race to Dubai standings but are relying on favors from both the Northern Irishman and Fox.

Fitzpatrick, the U.S. Open champion, is in third place and has the best chance of the outsiders. A third win at the World Tour Championship would see him jump to first place provided neither McIlroy or Fox finish the event in second, while a second-place finish would also require McIlroy to finish lower than seventh.

Fitzpatrick feels he has the ideal game to follow up his previous victories at the Earth Course in 2016 and ’20.

“I remember when I first came here in 2015, everyone said they didn’t think that it would necessarily suit me because it is a big golf course,” Fitzpatrick said.

“But there are things that you have to do well here. Putting is No. 1. That’s the biggest influencer of playing well here, and driving is No. 2. And they are both my strengths. Over the years, particularly as I’ve got longer as well now, that’s obviously been a big bonus and the greens are just so pure here as well.”

As for Fleetwood, Hovland, Lowry and Meronk, they all need to win and hope McIlroy and Fox aren’t too close behind them on the leaderboard.

Fleetwood, who recently moved to the Middle East with his family, is coming off winning the Nedbank Golf Challenge in South Africa last week and opening the Tommy Fleetwood Academy at Jumeirah Golf Estates this week.

“Dubai is where normal life is for us at this time,” Fleetwood said.