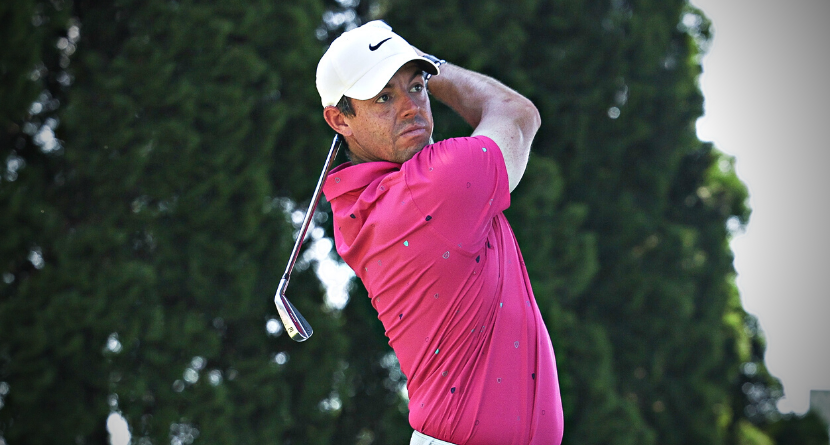 NASSAU, Bahamas (AP) — Rory McIlroy had a one-shot lead on the 17th hole of the final round when he left a shot in the bunker and made bogey, went into a playoff and lost on the third extra hole to Graeme Storm.

This was the 2017 South African Open. It was most memorable for McIlroy being diagnosed with a stress fracture in his rib that sidelined him for two months.


But it stands out for other reasons worth noting during this week when two of the oldest national golf championships are being played — the South African Open (1903) and the Australian Open (1904).

McIlroy has won the five oldest national Opens in golf except for South Africa.

And he's done it! @stormygraeme has won the South African Open after a three hole play off with Rory McIlroy 🇿🇦 pic.twitter.com/q27C8tJfKf

Odds are he won’t make it back to South Africa, as he played in 2017 as a favor to Ernie Els, and then it was held the second week of the year, instead of the first week of December.

Arnold Palmer and Gary Player also have won four of the five. Palmer is missing the South African Open. Player competed 14 times in the Canadian Open without winning. His best chance was in 1964 when he went into the final round two shots out of the lead, shot 71 and tied for fifth.

As for the most national Opens, McIlroy still has work to do. He also has won the Irish Open and Hong Kong Open.

The target would appear to be Seve Ballesteros, Bernhard Langer and Peter Thomson, who each have won a national open in nine countries.

Ballesteros won the British Open, along with national titles in The Netherlands, France, Switzerland, Germany, Spain, Ireland, Japan and Kenya.