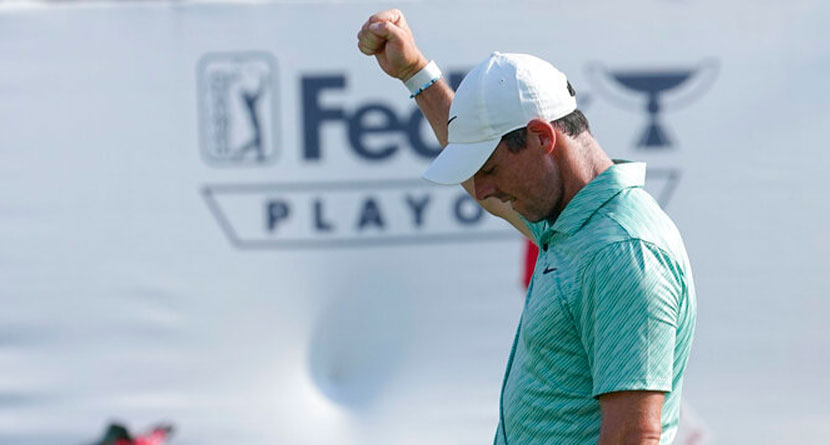 ATLANTA (AP) — Rory McIlroy set the tone for a contentious week at Wentworth for the BMW PGA Championship when he contemplated 18 players from Saudi-funded LIV Golf who have entered the European tour’s flagship event.

In his news conference Sunday after winning the FedEx Cup, McIlroy was talking about why he doesn’t mind when he is looked upon as the PGA Tour’s strongest supporter as it tries to cope with LIV Golf. And then he took aim at LIV players.

“I hate what it’s doing to the game of golf. I hate it. I really do,” McIlroy said. “Like it’s going to be hard for me to stomach going to Wentworth in a couple of weeks’ time and seeing 18 of them there. That just doesn’t sit right with me.”

The list includes Ryder Cup teammates Lee Westwood, Ian Poulter, Sergio Garcia, Graeme McDowell, Bernd Wiesberger and Martin Kaymer. Westwood made a strong and accurate defense of his desire to play a prestigious event like Wentworth. No other top European player has supported the home circuit as he has done over his career.

“It’s going to be hard for me to stomach going to Wentworth [for BMW PGA Championship] in a couple of weeks’ time and seeing 18 of them there. Like, that just doesn’t sit right with me.”

— PGA golfer Rory McIlroy says he “hates” what the LIV tour is doing to the game of golf. pic.twitter.com/TQhbPRbt4D

Most curious are the Americans in the field, who often talk about the desire to play less as a reason — along with the money — for joining Greg Norman’s league. That list includes Talor Gooch, Kevin Na and Patrick Reed.

Here’s the itinerary: Boston area this week. South of London next week. Back to the suburbs southwest of Chicago the following week. And that’s by choice.

Then again, the PGA BMW Championship is a chance to earn world ranking points because LIV Golf has not been approved for points by the world ranking board. Any decision could be nine months away, at which point players will have fallen greatly.

Rory McIlroy says it’s going to be hard for him to stomach seeing some of the players who have left the PGA Tour for Saudi-backed LIV Golf at next week’s BMW PGA Championship.

Gooch is No. 45, one spot ahead of new LIV player Harold Varner III. Patrick Reed, who once referred to himself as a top-5 player, is down to No. 50.

Four LIV players were allowed to play in the Scottish Open under an emergency stay from a British court. The European tour has fined them what amounts to the equivalent of last-place money from LIV events until a full hearing early next week.

Meanwhile, European tour CEO Keith Pelley sent a memo to players Tuesday about his own “strong opposition” to LIV players in the field at Wentworth. Pelley said in the memo, which was obtained by Golf Channel, that LIV players will not be required to play in the pro-am and will not be in any of the groups featured on streaming.