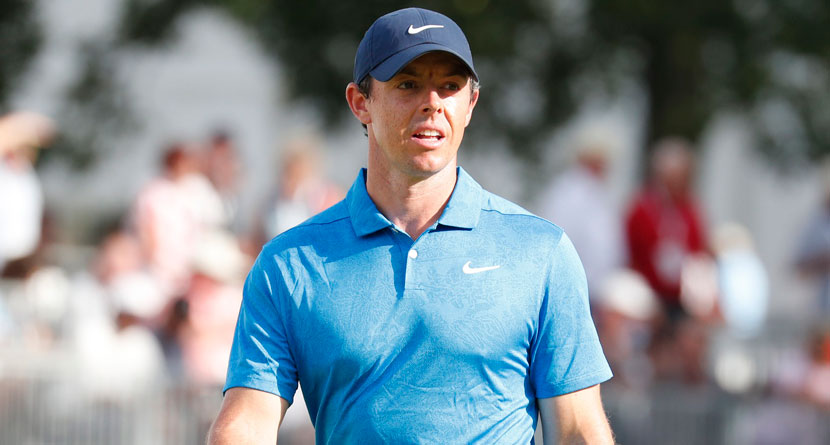 Having just wrapped up one of his most statistically consistent and impressive seasons of his career on the PGA Tour, Rory McIlroy was back in action just four days after winning the FedEx Cup and the $15 million prize that came along with it.

Meeting with the press ahead of this week’s Omega European Masters in Switzerland, McIlroy questioned the revamped PGA Tour schedule that saw some significant changes to some significant events.

“If (the major championships) are spaced so closely together, will fans only care from the second week of April to the third week in July?” McIlroy said, via the BBC. “I’d like to see them spaced out like tennis does with the Australian Open in January and the US Open going on now, they’ve a nice nine-month window of relevancy.”

Despite his three-victory season, 2019 marked the fifth year in a row that he hasn’t claimed one of golf’s four major championships. While his stellar play has McIlroy bullish on his chances to pick one off in the next 12 months, he wasn’t so sure that the emphasis being placed upon winning one of four events a year being the barometer for having a successful season.

Rory McIlroy caps off an insanely impressive year with a win at the Tour Championship earning a cool $15 million.

-Three wins including The Players
-Top 10 finishes in 74% of his 19 starts
-Two Top 8 finishes in majors
-Just under $23 million earned pic.twitter.com/aS2TFwiyNu

“I feel that if I keep doing the things I’m doing, sooner or later I’ll get another [major] and all this noise will then go away,” McIlroy told The Telegraph‘s James Corrigan. “However, if the narrative becomes that the majors are the only important thing in golf, then that’s dangerous because are fans not going to care for the other 48 weeks of the year?”

It’s certainly a question worth asking. Are the majors the only four weeks a year that casual golf fans tune in, and the remaining Tour stops are relegated to becoming only locally-supported and relevant events?

The assertion that the major season should be spread out is a tough one to change in the short term as many of the future venues have been chosen years in advance and with certain times of the year and weather conditions in mind.

The inclusion of the Tokoyo Olympics into next year’s schedule means that many of the game’s top players will be playing a hectic schedule from build-up to the U.S Open through the FedEx Cup Playoffs as the schedule will have stops like the Memorial, WGC-FedEx St. Jude Invitational, the Open Championship and the Olympics all within a nine-week window that also includes player-favorites the Travelers Championship and RBC Canadian Open.