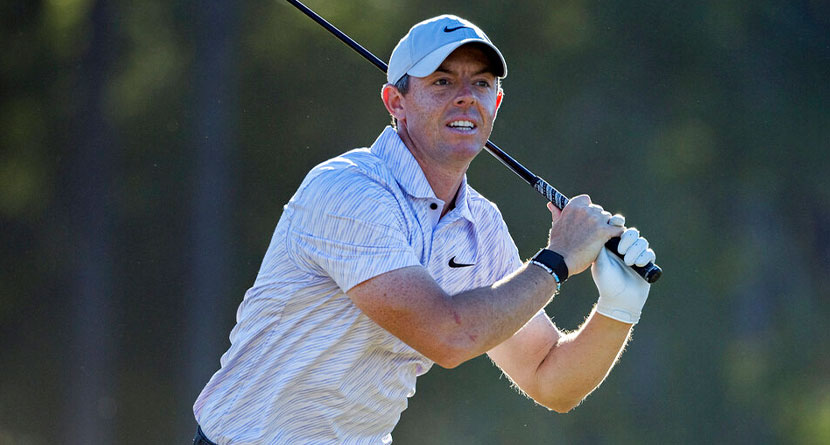 Rory McIlroy has always been a strong voice in defense of the PGA Tour, and with the rise of LIV Golf, nothing has changed in that regard. Even after winning the FedEx Cup this past season, most of the questions levied at McIlroy have been LIV Golf-related.

He said Tuesday at the DP World Tour Championship in Dubai that the fractured state of golf between established tours and Saudi-funded LIV Golf can heal, but that probably won’t happen until two lawsuits are decided and Greg Norman is no longer involved in LIV Golf.

“I think Greg needs to go. I think he just needs to exit stage left,” McIlroy said. “He’s made his mark, but I think now is the right time to sort of say, ‘Look, you’ve got this thing off the ground, but no one is going to talk unless there’s an adult in the room that can actually try to mend fences.’

“But right now, it’s a stalemate because there can’t be any other way.”

Rory McIlroy did not mince words when asked about the face of LIV Golf. @eamonlynch and @damonhackGC react to his comments. pic.twitter.com/HAgqtztrw6

McIlroy is not the only person that feels the startup league would be better if they moved on from Norman as their commissioner.

Last week, reports surfaced that businessman Mark King may be stepping into Norman’s role, but those reports have since been denied by LIV.

McIlroy went on to call out Norman for his comments that Tiger Woods, McIlroy and other PGA Tour players should be “thankful” to LIV Golf for what the league has brought to the sport.

McIlroy concluded by saying he hopes as soon as next season that the golf on display can be at the forefront of people’s minds.

“I don’t think it will have another year like this one because all of the noise has been about who is jumping ship, who is going where, who is staying, who is going,” he said.” Very little of the storyline has actually been about the golf.

“So I think next year if we can get the storylines to being about the golf and what’s happening on the course, that’s a good thing.”