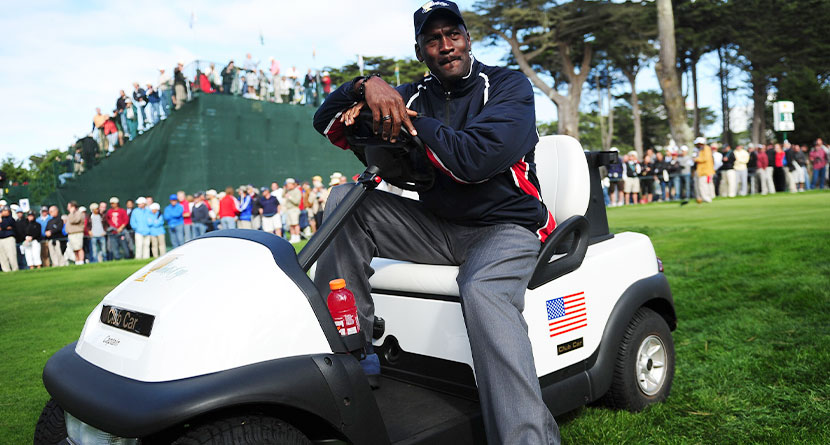 The lifestyles of the rich and the famous have long been a guilty pleasure of “regular people,” but the fascination among golf fans takes on a different slant.

Every summer following the completion of the Honda Classic, a tee sheet from the following Monday’s Seminole Golf Club Pro-Member event makes the rounds, letting golf fans gush over high-powered businesspeople teaming up with some of the best players on the planet to play at one of the top clubs in the country.

This week, another high-profile golf club is hosting an event, and for the first time golf fans are getting a glimpse at who has secured membership at Michael Jordan’s exclusive Grove XXIII golf club in Hobe Sound, Floirda.

The best basketball player of all-time grew tired of slow play on the golf course.

He built his own.

The brain-child of Jordan — who according to rumors was so fed up with the slow pace of play at his other clubs, he decided to build his own — opened towards the end of 2019 and apparently featured less than 100 invite-only memberships, most of which appear to be in the field for the upcoming Member-Member event.

Thanks to The Fried Egg, a common provider of the Seminole Pro-Member tee sheet, the Grove XXIII’s Member-Member pairings are the veritable who’s who that you would expect with entrants including top PGA Tour pros such as Rory McIlroy, Dustin Johnson, Justin Thomas, Rickie Fowler and Keegan Bradley as well as greats from other sports like  Wayne Gretzky, Ken Griffey, Jr., John Elway, Justin Verlander, Michael Strahan, Mike Piazza AJ Pierzynski, Dwight Freeney, Ahmad Rashad and Larry Fitzgerald. 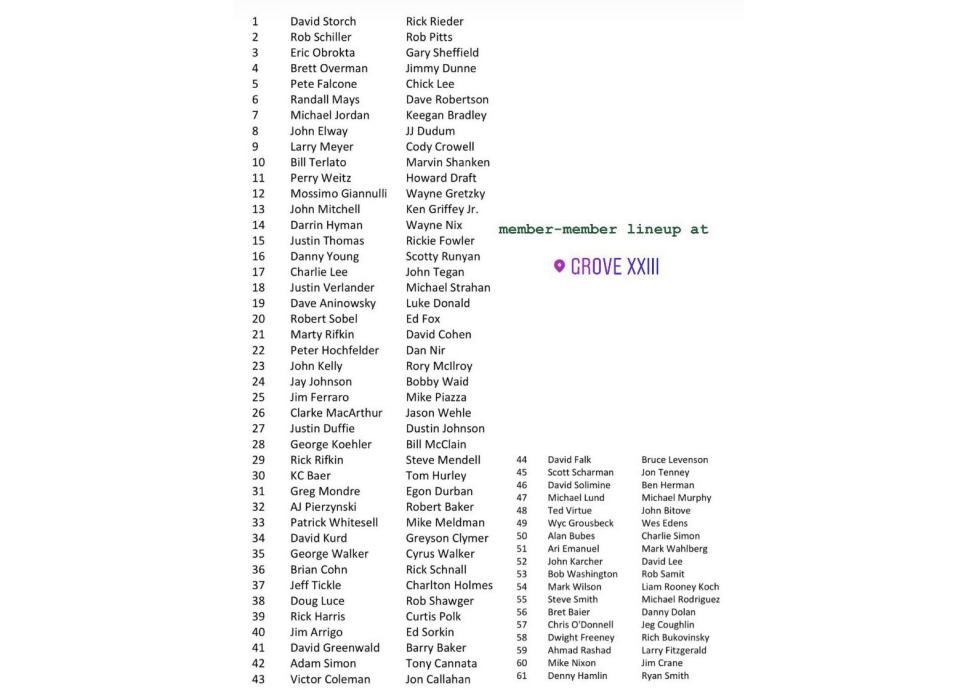 Grove XXIII has become one of the go-to clubs around Jupiter thanks in large part to Jordan’s presence and his penchant for a money game with the best players in the world.

Specifics around the club have been few and far between in the two years since it’s opened, but from what the public has been able to gather, largely via social media posts from those who have been inside the gates, the place seems pretty awesome.

Former tennis pro Caroline Wozniacki shared how food and drinks are delivered across the former 227-acre citrus grove, featuring caddies on scooters in the background.

Here’s video Caroline Wozniacki posted yesterday of the food and drink delivery by drone out at Michael Jordan’s newish golf course, Grove XXIII. (Also the scooters in the background) pic.twitter.com/QEAyUCI0yO

Inside, major champion Jimmy Walker showed off the nice ice cubes that MJ is providing in his cocktails as well.

Even the ice cubes at The Grove XXIII are next level. 👀

Here’s an inside look at Michael Jordan’s exclusive club and photos of the course: https://t.co/XNHiPVwhQK
(📷:Instagram/@JimmyWalkerPGA) pic.twitter.com/mab0eFDqPe

All in all, the Grove XXIII would appear to live up to the hype in all facets.