Kim’s Record-Breaking Equipment At The JDC 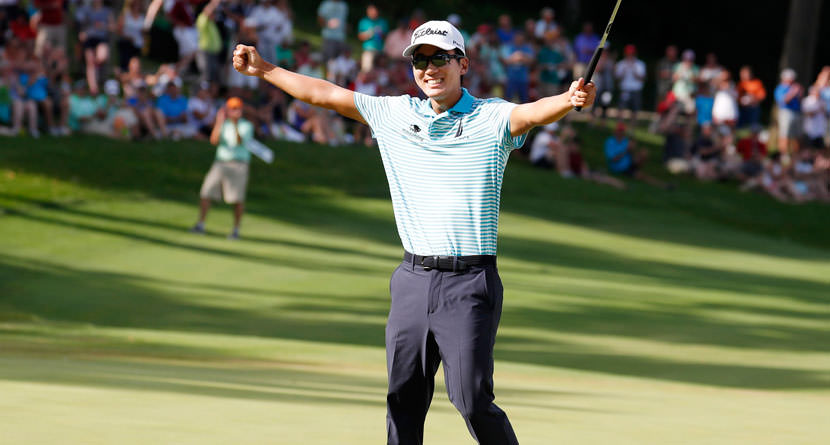 Michael Kim became the latest member of the high school class of 2011 (Jordan Spieth, Justin Thomas, Daniel Berger, et al) to earn a PGA Tour victory thanks to his impressive victory at the John Deere Classic. Kim set the tournament scoring record by posting 27-under par to win by eight shots over his four nearest competitors.

The win was Kim’s first of his professional career coming in his 84th PGA Tour start.

Michael Kim became the first to record a win with @Titleist’s TS2 prototype driver at the @JDCLASSIC. https://t.co/Ggv01L7pYB

Kim made equipment waves by becoming the first Titleist staffer to win carrying the company’s newest driver offering, but it was his flatstick that deserved top billing. Kim picked up an average of 3.378 shots per round, which led to more than 13.5 strokes picked up on the field.