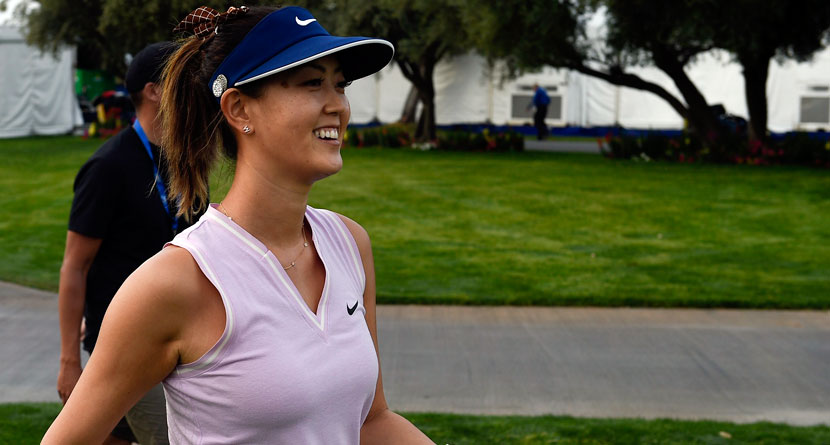 Michelle Wie made her maiden broadcast debut earlier this year as an analyst on Golf Channel during the Solheim Cup matches, and it appears that her time in the studio will be looked back upon as her first step towards a new career path.

On Tuesday, CBS Sports announced that Wie would be joining the network’s golf broadcast team as a multimedia contributor this year in a news release that outlined more of the station’s additional roster moves.

While the PGA Tour is still considering various bids from network outlets for television rights that will take effect in 2022, CBS Sports appears to be remaining in the mix with their roster overhaul that began in October with the release of longtime broadcast stalwarts Peter Kostis and Gary McCord.

CBS is continuing with changes to their golf coverage. Some of those include Frank Nobilo serving as a full-time analyst, Trevor Immelman joining as an analyst, and Michelle Wie joining as a contributor. https://t.co/vNUNe9739f

Shortly thereafter, CBS Sports announced that Davis Love III would be joining the team in 2020, and on Tuesday, the network announced further reshuffling, which included the Wie news.

Aside from Wie, Frank Nobilo, who had been a contributor to CBS’ coverage for the past five years, has entered a full-time role with the network, and 2008 Masters champion Trevor Immelman was introduced as a full-time analyst as well.

Immelman’s brother, Mark, who joined CBS in a part-time role in 2016, will expand his coverage in 2020 to cover the majority of the network’s PGA Tour coverage in 2020. Dottie Pepper, who often played second fiddle to Kostis in terms of on-the-course commentary, has been elevated to lead on-course reporter for the broadcast team.

Finally, Andrew Catalon, a familiar face and voice to NFL and college basketball fans, will increase his golf duties on the broadcast side serving as host for select PGA Tour events.

These roster changes will accompany the return of Jim Nantz, Nick Faldo, Ian-Baker Finch and Amanda Balionis when CBS kicks off its broadcast schedule in January 2020.