Mickelson Lost 15 Pounds In “Hard Reset” Ahead Of Open 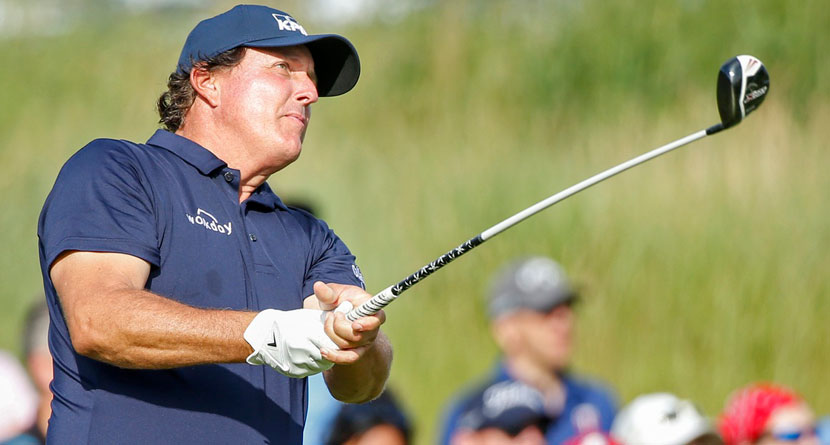 By most standards, a win on the PGA Tour and over $2.5 million made on-the-course is a pretty solid season through the middle of July, but when you’re one of the best golfers in this or any other generation, the bar gets raised a little bit.

As a result, Phil Mickelson’s latest social media post wasn’t a hilarious Phireside With Phil or a calf exercise routine; it was some real talk from the five-time major champion about what he’s been doing in recent days and weeks to prepare for the Open Championship.

“Hey everyone, let’s get real for a few minutes,” Mickelson started his latest post. “I haven’t posted anything because I haven’t been feeling good about myself and the way I’ve been playing, and so I haven’t wanted to do anything or be in public. The last 10 days I’ve done what I call a ‘hard reset’ to change and try to make things better.

“I have lost 15 pounds. I’ve done a six-day fast with water and a special coffee blend for wellness that I’ve been working on with Dave Phillips and went on a bit of a retreat. I’m here in Ireland now, a beautiful place, getting ready for the Britsih Open. I don’t know if (the fast and body transformation) is going to help me play better or not, but I’m willing to do whatever it takes to try to get my best back.”

Let’s get real for a minute. I haven’t been my best and I’m doing all I can to get it right. I’ll have more Phireside chats soon as well as a fun new series too. Until then, HIT ?’s pic.twitter.com/QrqUpThEeV

Mickelson’s season started off promising, winning the AT&T Pebble Beach Pro-Am in February to claim PGA Tour victory No. 44, but since then he’s posted some middling results with his best tournament finish coming at the Masters (T18).

Never a factor at the PGA Championship (T71) or the U.S. Open (T52), Mickelson has missed his last two cuts at the Travelers Championship and the 3M Open before going on his fast and retreat.

He will tee off alongside Shane Lowry and Branden Grace on Thursday at Royal Portrush at 7:52 a.m. local, 2:52 a.m. EST.