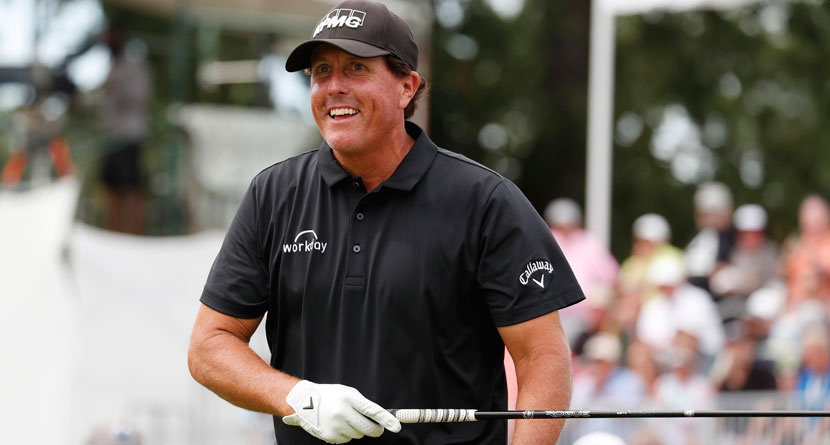 The 2019 PGA Tour season was an odd one for Phil Mickelson.

The 49-year-old got off to a great start to the season by winning the AT&T Pebble Beach Pro-Am in February to claim his 44th victory on the PGA Tour, which moved him to 9th all-time in Tour victories, but the rest of the season was forgettable.

Mickelson called the last four-to-five months of his season some of the worst golf he’s played in his career.

“I’ve had a rough four, five months,” Mickelson said on Sunday of the BMW Championship. “Probably the worst four, five months stretch of my career. I’m looking forward to having a couple months off and kind of regrouping and come back fresh.”

Over the course of that period, Mickelson played in 12 events that had cuts and failed to play the weekend in seven of them. His best finish in that span was a T-18 at the Masters, and other than that, he failed to finish inside the top-37 in any of the others.

The struggles were enough for Phil to try a “hard reset” ahead of the Open Championship during which he fasted for six days resulting in a 15-pound weight loss. While the reset didn’t result in better finishes on the course, it proved to be beneficial to his off-course physique, which he showed off during a beach day with his family earlier this week.

Mickelson’s sister, Tina, snapped a candid of Mickelson in the ocean, which quickly went viral on social media.

Family beach day. Looks like calves are working their way up. ???? pic.twitter.com/tOnhUXUMlC

“FYI, those weird bumps on the side of my stomach we’ve never seen before, Doc called them obliques and said it’s nothing to worry about,” Mickelson wrote.

Love you sis. Such a fun day seeing everyone. FYI ,those weird bumps on the side of my stomach we’ve never seen before, Doc called them obliques and said it’s nothing to worry about.