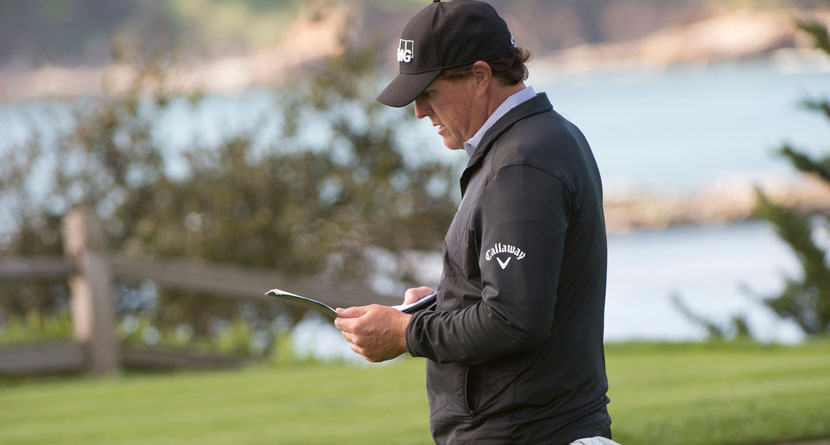 Phil Mickelson’s foray into social media ahead of last year’s made-for-TV match against Tiger Woods has turned out to be one of the golf world’s greatest gifts.

From his short game tips to his “Phireside with Phil” chats, Mickelson is using social media in a way that allows fans to get to know him better and enjoy his special brand of humor while not shoving product placement and obvious sponsored posts down their throats.

Over the course of 48 hours between Monday and Wednesday evenings, Mickelson fired off 16 tweets to his 415,000-plus followers that covered the gamut of why golf fans love Mickelson on social media.

He kicked it off with his latest Phireside with Phil chat with “Tiger Woods” on Monday evening during which Mickelson relayed a story from the 2012 AT&T Pebble Beach Pro-Am.

The one and only @TigerWoods was nice enough to take time out of his busy schedule to join me on Phireside with Phil. We got to talk about all the times I beat him (one). pic.twitter.com/IPbUufpUKH

Then on Tuesday, Mickelson began replying to tweets from Rickie Fowler’s caddie, Joe Skovron, concerning slow play and how green-reading books impact the pace of play on Tour.

The greens book allows me to do 80% of my read before I even get to the green. For anyone to say they slow up play is flat out idiotic.

“I don’t care if green books are legal or not, but I don’t buy blaming them for slow play,” Skovron wrote. “If you use them correctly and at the right time, it can actually speed up your reads.”

“The greens book allows me to do 80% of my read before I even get to the green,” Mickelson seconded Skovron. “For anyone to say they slow up play is flat out idiotic.”

Mickelson continued in another tweet, “Let me add the countless hours and many days it saves me preparing for tournaments throughout the year. The book gives me info on where I can/can’t miss it and still get up and down as well as best approach shot into the green without having to play multiple practice rounds.”

“Guess I’m an idiot then,” Donald wrote in response to a tweet that highlighted Mickelson’s “idiotic” response. “One thing I don’t understand here is for a greens book to be effective, you have to know exactly where your ball is on the green relative to the hole. How can you have done 80% of your read then before you’ve even got to the green?”

Mickelson, showing off his sharp sense of humor, replied to Donald answering only his original statement.

We agree one one thing at least

During the course of his high-frequency Twitter activity, Mickelson responded to journalists and fans alike, of course promising to hit high bombs and quoting Caddyshack.