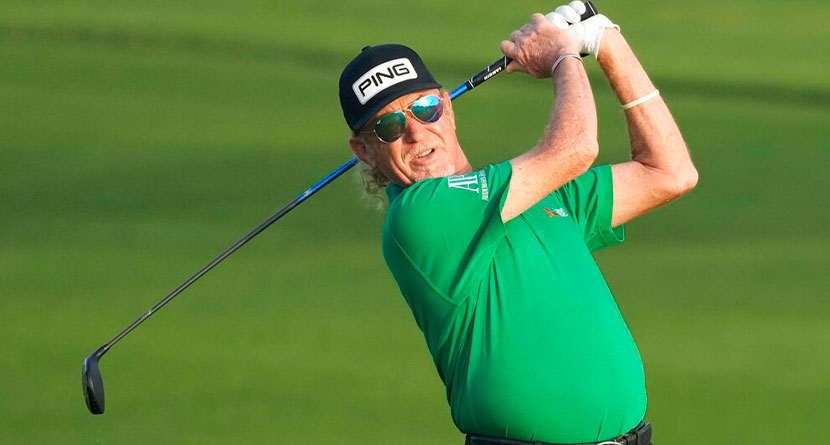 SNOQUALMIE, Wash. (AP) — Miguel Angel Jimenez won the Boeing Classic on Sunday for his third PGA Tour Champions victory of the season, closing with a 5-under 67 to hold off David McKenzie by two strokes.

Jimenez, tied for the lead with Billy Andrade entering the round, birdied five of the first 12 holes and parred the last six. The 58-year-old Spanish star finished at 15-under 201 at The Club at Snoqualmie Ridge.

Jimenez has 12 senior victories, winning two of the first three events this season. He won 21 times on the European tour.

“The key is to be hitting good,” Jimenez said. “And I feel confident with my game. I feel good from the tee and feel good with every club from the bag. And I played very solid. Very, very solid.”

Charles Schwab Cup leader Steven Alker (69) was 10 under. Jerry Kelly (68) followed at 9 under a week after winning the Shaw Charity Classic in Calgary, Alberta. Jimemez, Alker and Kelly are tied for tour victory lead.

Local favorite Fred Couples closed with a 74 to tie for 28th at 2 under.