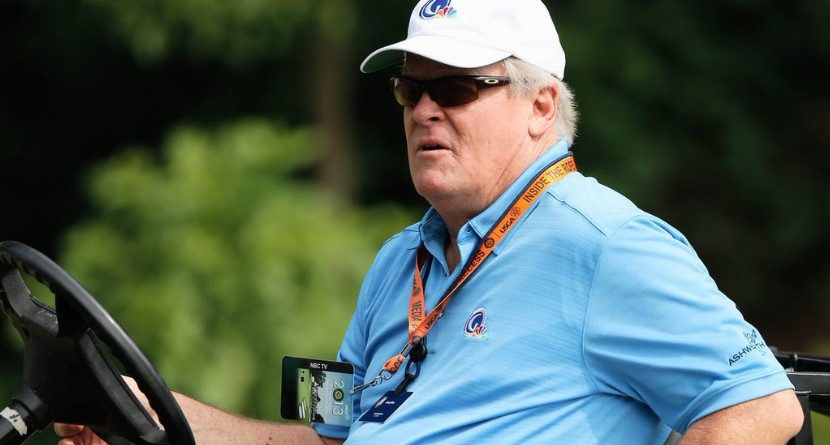 According to Johnny Miller, he’s usually right. So, when he throws out an idea on how to solve Team USA’s problems, we should listen. The NBC broadcaster and two-time Ryder Cupper offered up a fairly logical tactic to get the squad motivated.

Want a hint? The solution is green.

“Literally every day, you get a pay-out if you win, you put money in the pot if you lose. Cold cash,” Miller said. “Here’s the money I lost, here’s the money I won. It would be the (players’) own money. Not huge money, but they’re used to playing for money.


As a reminder, the Ryder Cup offers no official prize money. The winner’s purse is filled strictly with pride.

“Even though they don’t need the money, they think about the money. They respond to money,” Miller stated.

Whether you agree or not, the man who once shot 63 at Oakmont might be on to something… as long as ‘NERVES’ don’t get in the way.