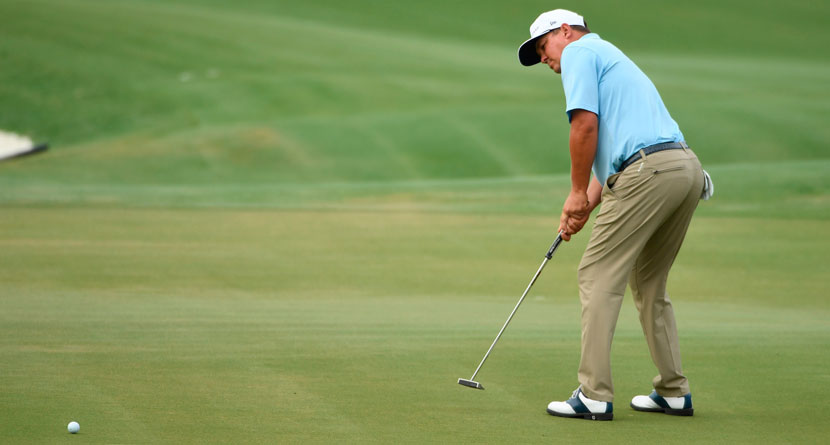 The golfing term drive for show, putt for dough, was never truer than on the 18th hole at The Players Champion on TPC Sawgrass on Sunday.

Jason Dufner was 17-feet for birdie and set to be all alone in second place behind Webb Simpson. The payout was a cool $1.18 million if he could hit the birdie putt. He missed the putt, but then stood over a 5-foot putt for par.

Webb Simpson Laps The Field At The Players Championship

The difference between tied for second and tied for fifth place was in the balance, and Dufner lipped out what should have been an easy conversion.

@JasonDufner with a little yippidy do da on 18….oh if he could putt he would be dangerous. pic.twitter.com/VICrtiPGu1