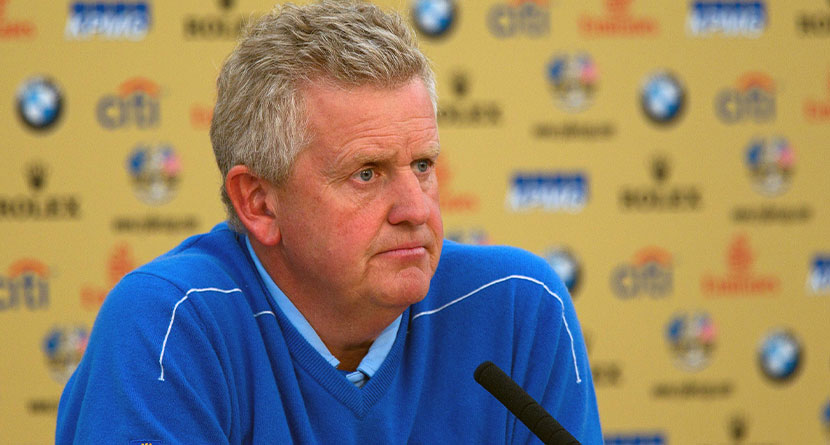 During his three-week jaunt through the DP World Tour’s Desert Swing, Colin Montgomerie has yet to make a cut, but he hasn’t missed a chance to get in front of a microphone.

While Montgomerie’s insights into the game are well-spoken, some are taking issue with the criticism he levied at 2021 European Ryder Cup captain Padraig Harrington during the Dubai Desert Classic.

‘Too many mistakes were made’

“Last year, too many mistakes were made,” Montgomerie said. “Yes, the U.S. played well, but Europe didn’t play to their potential for the first time in my memory and we have to do that to have a chance in Rome. We need to have a bit of a rethink about how we pick the team and how we get our top 12 playing.”

Europe suffered a historic 19-9 defeat at Whistling Straits in September…https://t.co/0eCm4RHlUR

Montgomerie went on to call into question the team-building process as well as the pairings that Harrington sent out en route to the 10-point defeat in a Colin-to-Colin Q&A.

Montgomerie wrapped up his Ryder Cup recap by endorsing Luke Donald as “the safe pair of hands” to lead Europe in Italy next year as captain.

“The safe pair of hands is safer than another risk and we don’t need another risk at this time because if we lose in Rome I don’t fancy our chances in New York at Bethpage Black (in 2025),” he said.