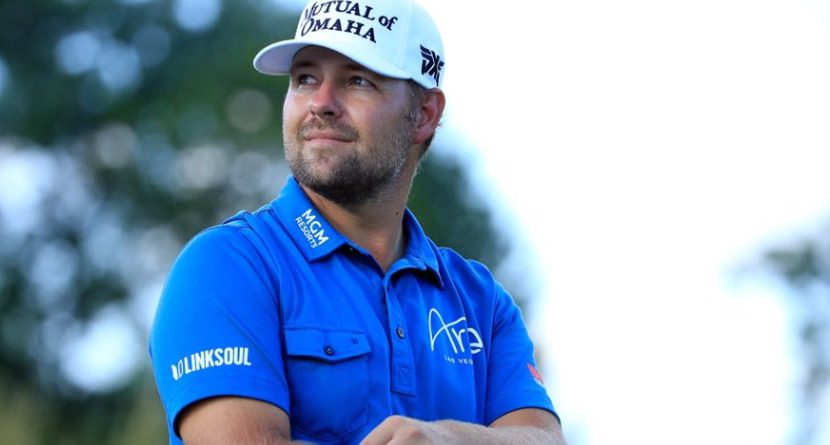 Moore captured Captain Davis Love III’s attention after a stellar FedEx Cup run which included two top-tens, culminating with a runner-up finish at the Tour Championship. Since the PGA Championship Moore lead the tour in scoring to par, birdies/eagles and rounds in the 60s. Winning the John Deere Classic back in August didn’t hurt either.

“Ryan fits so well with what we have in place,” Captain Love said. “He’s an easy-going, thoughtful guy, but don’t be fooled, Ryan’s a great match-play player with an incredible match-play record. He has guts and determination, and everyone saw that today. We are thrilled to have him with us.”

To some, the pick came as a bit of a surprise considering he opted not to participate in the team’s practice round last week in favor of getting some much-needed rest. That will happen when you play eight consecutive weeks in a row. To others, it was a relief to see the new system of saving the final pick until after the Tour Championship actually work.

“I kind of thought I had to win this golf tournament, and I didn’t,” Moore said.

Captain Love has chosen Ryan Moore as the 12th and final member of our team. pic.twitter.com/GMA51Cyqs2

Congrats to Ryan on the last pick for @RyderCupUSA, much deserved. Hurts not being there, but pulling like crazy for team USA next week!

Moore was 20th on the Ryder Cup points list when the team was set after the Barclays and will join Brooks Koepka as the only two rookies representing the U.S. squad. The event tees off this Friday at Hazeltine National Golf Club in Chaska, Minn.