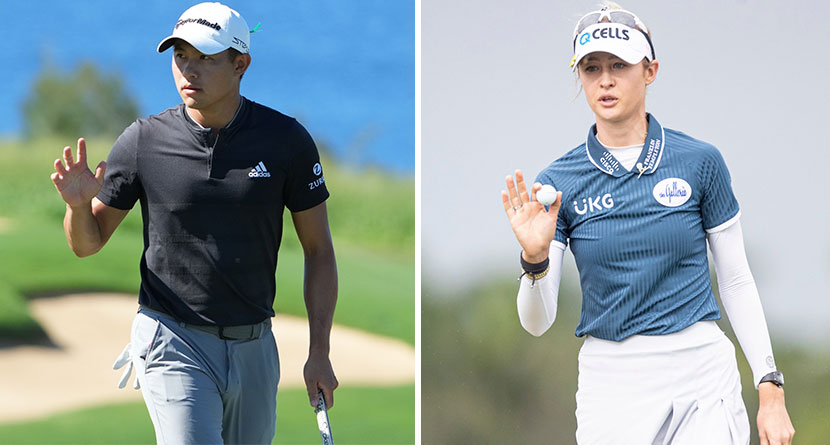 Player of the Year debates usually die out in December, but the Golf Writers Association of America has reinvigorated it by naming Collin Morikawa, Nelly Korda and Phil Mickelson the recipients of its 2021 POY awards this week.

Morikawa was a two-time winner in 2021 on the PGA Tour, which included the Open Championship at Royal Birkdale. He also won the DP World Tour’s Race To Dubai. He beat out Jon Rahm, receiving 48% of the votes to Rahm’s 37%. Interestingly, PGA Tour POY Patrick Cantlay finished third.

Korda, who won four times in 2021 on the LPGA Tour as well as Olympic gold in Tokyo, received 72% of the GWAA vote.

As for Mickelson, the part-time senior Tour golfer took home the over-50 award in part due to his 4-for-6 win rate on the PGA Tour Champions. His bid was undoubtedly aided by his PGA Championship victory at Kiawah Island. Mickelson received 59% of the Senior POY vote.

The GWAA POY awards take into account the entire calendar year, as opposed to other awards that cover a single season. Players are routinely honored at the GWAA Awards Dinner during Masters week.