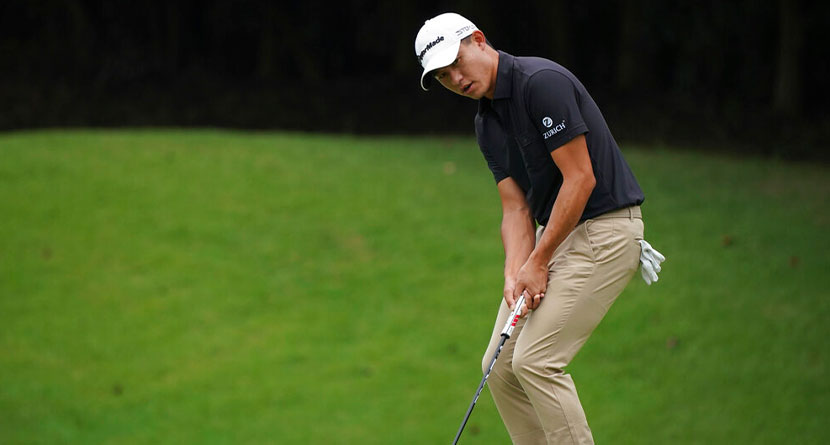 There was an interesting controversy over the weekend involving two surprising people in the golf industry.

Notorious nice guys Trevor Immelman and Collin Morikawa got into what ended up being a misunderstanding, being cleared up by Immelman on TV and on the course.

While the Tour was at Mayakoba Golf Classic, Immelman made some remarks on the air about Morikawa that, at first, the young superstar did not appreciate.

Morikawa has not played poorly over the last year by any measure, but he did not secure a win and struggled at times with his putting. Immelman remarked that he had potentially “reached his bar” after so much success very fast on the Tour.

Suffice to say, Morikawa did not take kindly to that.

Morikawa added “So I don’t know, I don’t know where that came from but that kind of stings there, I don’t like to hear that.”

Immelman was quick to clarify what he meant by his comments.

“What I was saying was that he got off to such an incredible start in the early part of his career, winning two majors quite quickly, in a lot of ways you start to put extra pressure on yourself to keep that up,” Immelman said. “I think that extra pressure wasn’t really needed. Maybe take a step back, get some perspective, understand how incredible that is and then just let that come to you a little bit more.”

Immelman further clarified “we all know how great he is. I’ve been saying over the last couple of days how I anticipate he will get back on a run like that.”

He also tweeted that he spoke to Morikawa on the range and on the phone and that they were “all good”.

Complete misunderstanding.
Spoke to Collin on the phone last night and in person on the range this morning. All good.

Morikawa finished 15-under par at the Mayakoba Golf Classic and recorded rounds of 71-63-68-67 to finish eight shots off the winner Russell Henley.

He did admit that the 2022 season was “frustrating” and he hired a putting coach to help him for the first time in his career.

It seems as if this beef has been squashed before it was anything serious.