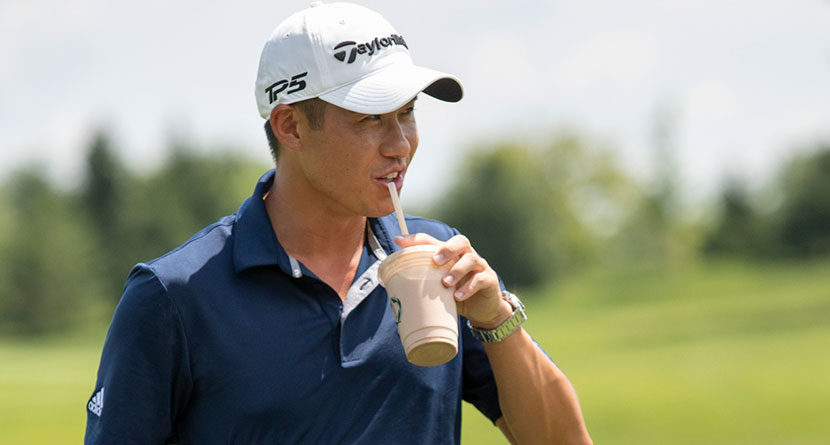 Every year when the Memorial Tournament rolls around, one of the most popular things to do for players and those lucky few who score clubhouse passes is to share a picture of Muirfield Village Golf Club’s famous milkshakes, most notably the Buckeye.

The recipe has been a long-held secret, but with all things shrouded in mystery, bits and pieces tend to make their way into the public.

Luckily for you, dear reader, your intrepid reporter has done the hard work of playing at Muirfield Village on multiple occasions and watched with an eagle eye as the staff made numerous Buckeye milkshakes to allow you to taste a piece of Jack’s Place this weekend while watching the event.

Now, conventional wisdom would tell you that given Jack Nicklaus’ notorious sweet tooth and his foray into the ice cream space that the famous milkshakes would feature some of Jack’s signature ice cream, but that is not the case.

FWIW, the milkshakes at Muirfield/Memorial are as advertised. Buckeye is life-altering.

So without further ado, the recipe for the famous Muirfield Village Buckeye Milkshake:

As with any milkshake, there’s a little testing required to get the portions just right, but it’s safe to say at Muirfield Village, they error on the side of thickness.

I want/need all the Muirfield Village milkshakes everyone keeps snapping: https://t.co/SuOxQ71aTY pic.twitter.com/WZv4FcNB6D

Having tried the recipe at home, there’s still a little something missing, similar to how replicating something great on your own normally goes… perhaps its simply missing the Muirfield-logoed cup.

That’s not to say that the experiment isn’t worth it, however. Those milkshakes are worthy of the praise they receive each year.

Enjoy one this week while watching the golf.