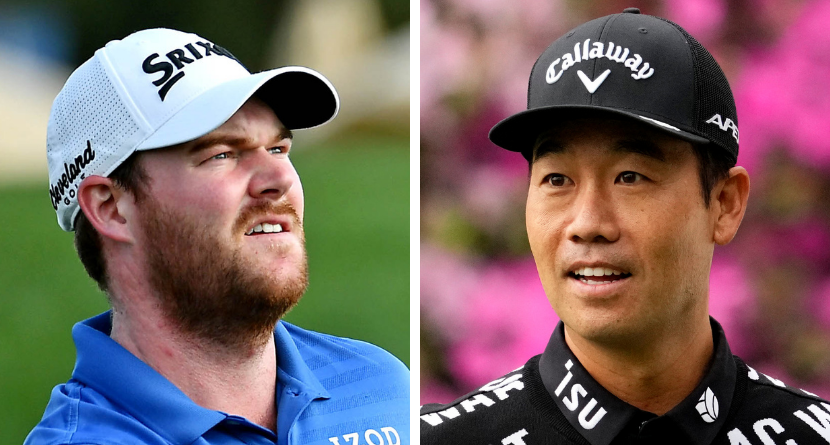 A pair of PGA Tour pros who once sparred on Twitter over slow play and missed cuts took their long-simmering feud to the next level this week.

Appearing on The Stripe Show podcast, Grayson Murray gave his colorful account of a quarrel that he says Kevin Na instigated on the practice range at the Mexico Open as several of their peers were well within earshot.

“I was hitting balls on the range and just kind of had my head down walking to the chipping green,” Murray said. “Sure enough, I hear someone yelling and cussing at me.”

Murray went on to accuse Na of using profanity and name-calling to get his point across. He also said he exercised restraint in keeping his hands to himself, an admission that made him sound like a real-life Happy Gilmore.

“I went right up to his face and held my ground, and I told him, if I wasn’t going to get suspended right now I’d drop his a– right there on the range,” Murray said. “Because what he said was very immature and I know he wouldn’t have said it to me if we were just seeing each other outside of the golf course.

“I think it was a very immature thing to say four months later, and to do it on the range, which he knows is his safe spot, he knows that I’m not going to do anything to him, he knows he’s just provoking me.”

The seeds of the squabble were planted in January, when a benign Tweet celebrating Na’s habit of walking in putts led Murray to take a swipe at Na for another habit: his deliberate pace. Responding in kind, Na needled Murray for, well, his entire game.

Here’s the exchange that started it all:

u missing the cut is getting old!

For context, Murray, 28, has struggled to keep his Tour card amid a string of off-course struggles while Na, a veteran, has five career victories since turning pro in 2001.

Murray’s account makes Na sound like the obvious aggressor. But in fairness to the former, we haven’t heard his side yet.