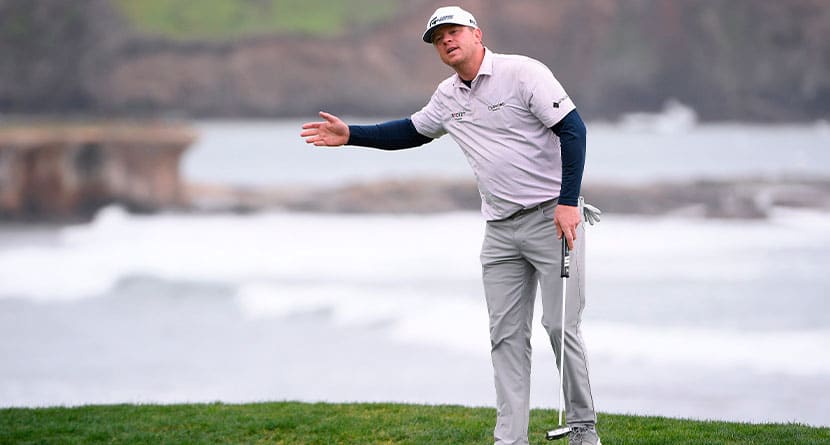 It’s no secret that pros on the PGA Tour are playing for ridiculous money, but all those zeroes take on a different meaning when you see someone light a bunch of money on fire down the stretch on a Sunday.

Unfortunately for Nate Lashley, he lost out on upwards of $500,000 on Sunday at the AT&T Pebble Beach Pro-Am, largely on the par-4 16th hole.

Having driven the ball exquisitely Saturday and Sunday (26/28), Lashley was tied for the lead with three holes to go and found himself in a green-light position from 152 yards out in the center of the fairway. His approach flew too far, landing near the pin and hopping over the back of the green, leaving himself with a short-sided chip.

Nate Lashley was tied for the lead before this triple bogey. pic.twitter.com/kGR3YQbUzG

The triple-bogey 7 dropped him from 16-under par to 13-under, effectively ending his chances at winning the tournament. He would go on to birdie the par-5 18th hole to post 14-under par, four shots behind eventual winner Daniel Berger.

Perhaps worse than the four-putt is the breakdown of cash Lashley let slip through his hands on the 16th green.

For someone like Lashley, who had only made $3,772,238 in career earnings coming into the week, the missed opportunity and income stings a little more.