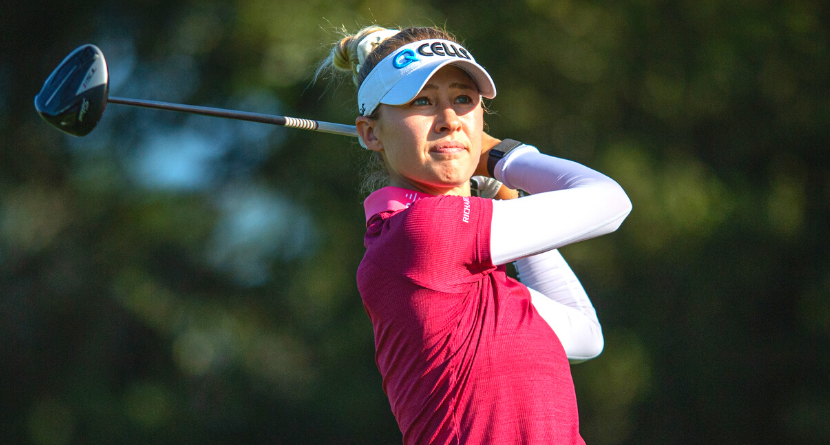 Her momentum stalled to this point in the 2022 season, 23-year-old LPGA phenom Nelly Korda is officially on the mend.

Sidelined since mid-March with a blood clot in her left arm, Korda revealed on Twitter that she recently underwent surgery and will soon begin a rehab regimen. Though no timetable for her recovery has been given as of yet.

In her post Korda also disclosed that she contracted COVID-19 for the second time in January and that the illness “kept me off my feet for some time.”

“I am pleased to report the procedure went well and the doctors were happy with the outcome,” Korda tweeted last Friday. “I am now home recovering and preparing to start rehab. I am looking forward to getting back to 100% so I can begin practicing.”

She added: “I want to thank everyone for the overwhelming support and messages I have received the last few weeks. Your kind words have helped me get through this challenging and scary time.”

A seven-time winner on the LPGA Tour, Korda’s breakout came in 2021. She won four times — including her first major title at the Women’s PGA Championship and an Olympic gold medal — while narrowly missing out on player of the year honors to Jin Young Ko. Korda is currently ranked second behind Ko in the world rankings.

Korda was unable to compete in the season’s first major, the Chevron Championship. Next up is the U.S. Open, which is slated for June 2-5 at Pine Needles Lodge and Golf Club in Southern Pines, N.C.