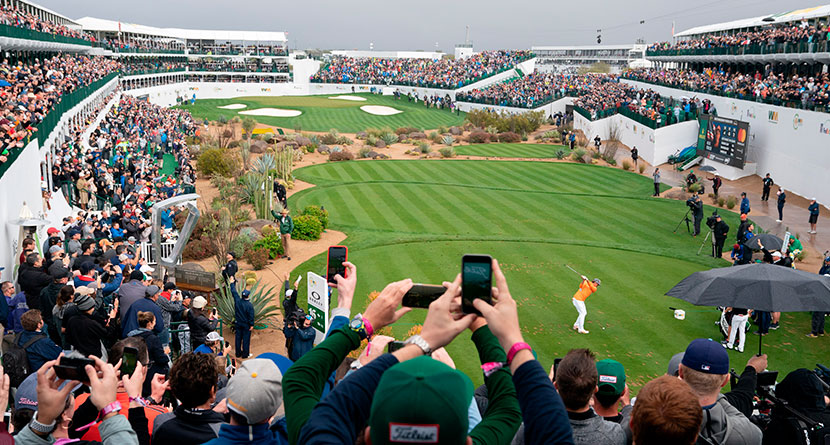 Netflix has announced the release of its new sports drama series, “Full Swing,” set to premiere on the streaming platform on February 15.

The show takes viewers behind the scenes of the world of professional golf, following a group of young and ambitious golfers as they compete on the tour and navigate the challenges of life on the road.

“Full Swing” offers a fresh perspective on the sport of golf, giving audiences a glimpse into the personal lives and behind-the-scenes workings of professional golfers.


The show’s diverse cast of up-and-coming actors deliver natural and believable performances that draw audiences into the lives of the characters. The series also features appearances from a cast of pros, including Justin Thomas, Collin Morikawa, Jordan Spieth, Scottie Scheffler, Brooks Koepka, Ian Poulter and more.

One of the things that sets “Full Swing” apart from other golf-related programming is its focus on the personal lives of the characters. The show takes an unflinching look at the struggles these athletes face both on and off the course, from dealing with injuries to managing relationships. This humanizing element adds a layer of depth to the series, making the characters relatable to a wider audience.

“You picked a hell of a year to start following the PGA Tour.”

“Full Swing” also offers an inside look at the behind-the-scenes workings of the professional golf world.

Viewers will have a chance to see the process of qualifying for the PGA Tour and the inner workings of tournaments, giving fans a greater appreciation for the level of skill and dedication required to make it as a professional golfer.

The show has been praised for its compelling characters, well-crafted storylines, and behind-the-scenes insights, making it a must-watch for golf enthusiasts and fans of sports dramas alike.

With its unique perspective on the sport of golf and its engaging characters, “Full Swing” is set to become a hit among Netflix viewers.

So if you’re looking for a new and exciting sports drama, “Full Swing” is definitely worth a watch. With its fascinating behind-the-scenes look at the world of professional golf and its relatable characters, this show is sure to have a wide appeal to audiences.