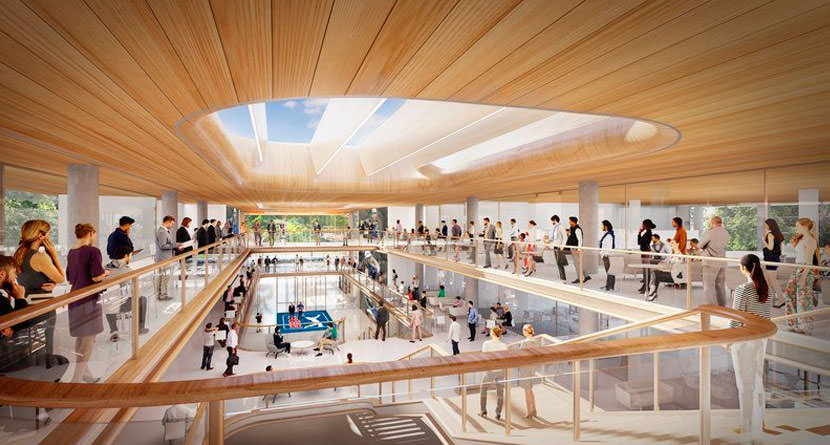 The PGA Tour is entering only its second year under new commissioner Jay Monahan. While the transition between Monahan and Finchem has been relatively flawless, there have definitely been some changes that have taken place in Ponte Vedra Beach.

Another change will be coming in 2020 when the Tour moves its headquarters roughly a mile down the road to a new building that is being designed by Foster + Partners. The 187,000-square-foot building will house the ever-expanding Tour brain trust as they enter into the next decade of golf.

It was announced today that the PGA Tour will be moving into a brand new headquarters designed by Foster + Partners, among the most recognizable firms in the world. Considering the headquarters of a few other major sports governing bodies (such as FIFA’s Tilla Theus–designed HQ in Zurich and the NFL’s nondescript midtown Manhattan location), the fact that the PGA is working with such an esteemed firm as Foster + Partners is exceptional. A quick glance at its oeuvre tells the story: Apple’s new campus, the renovation to Wembley Stadium, London’s City Hall, and 30 St Mary Axe, just to name a few.

The new PGA Tour headquarters will be located in Ponte Vedra Beach, Florida. Situated along the state’s northeast coast, the building is roughly 20 miles east of Jacksonville, and within a mile of the previous PGA Tour headquarters. The old structure, which was designed by the American firm KBJ Architects, was simply becoming too small for the rapidly expanding entity. “As we strive to reach an increasingly diverse, more global fanbase and position the PGA Tour for future success, we must be equipped to meet the ever-changing landscape in international business, media and technology,” said PGA Tour Commissioner Jay Monahan. “Moving forward with this beautiful new global home in Ponte Vedra Beach will allow for more creative, efficient collaboration among our staff and partners, and will set us on the right path toward achieving our goals as an organization.”

The new, 187,000-square-foot structure will feature a clean, minimalist aesthetic, which makes the reflection off the surrounding natural lake all the more powerful, as it echoes the iconic Island Green 17th hole at THE PLAYERS Stadium Course (an instantly recognizable setting for any golf lover). Narrow pillars support an overlay, which will allow employees to enjoy the outdoors even during inclement weather. Floor-to-ceiling windows spread across each of the three floors in the building, not only allowing an ample amount of natural light into the building, but also blurring the distinction between indoors and out. “Inspired by the lush greenery of TPC Sawgrass and the beautiful Floridian light, the new PGA TOUR headquarters is designed as an extension of its surrounding landscape,” said Nigel Dancey, head of studio at Foster + Partners. The interior of the new headquarters will feature an open layout, which promotes a non-hierarchical identity, as well as ample space for informal group collaborations.