Nick Faldo Announces Retirement From CBS, Will Be Replaced By Trevor Immelman 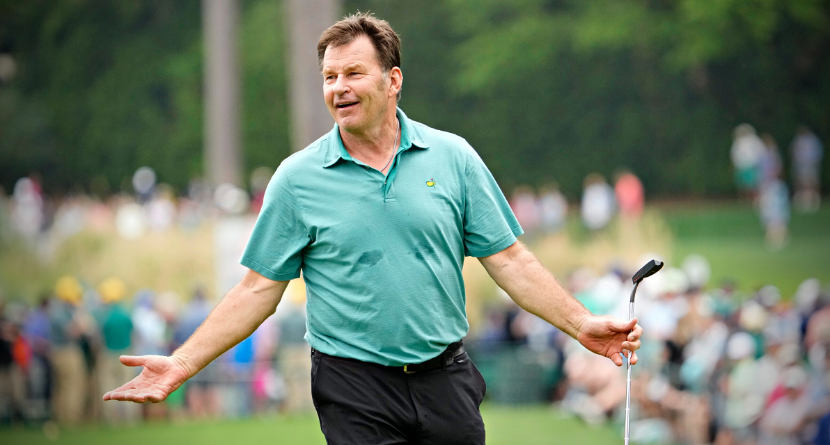 The six-time major champion announced his retirement from the CBS broadcast booth on Tuesday. He’ll serve as the network’s lead analyst for the final time at Augusta’s Wyndham Championship before ceding the seat next to Jim Nantz to another former Masters champion, Trevor Immelman.

“After an incredible run, having the privilege of being the lead analyst for CBS for 16 seasons, I made the difficult decision earlier this year to step down from the 18th after this season,” Faldo, 64, said in a statment. “I had the second-best and highly coveted seat in golf, sitting next to Jim Nantz. I am honored and humbled to have worked alongside this outstanding announce team, as well as the producers, directors, and crew members behind the scenes who make it all happen.  I am excited for Trevor; he will be excellent in this role and the team is incredibly well-positioned for the future.”

Faldo stepped into the ABC Sports booth in 2004, eight years removed from capturing his sixth major and third green jacket. He landed what’s arguably the most coveted sidekick role in pro golf when CBS tabbed him to replace Ken Venturi in 2007.

“Sir Nick has had a remarkable career on Network television for nearly 20 years and is one of the most accomplished commentators to ever sit in the 18th tower,” CBS Sports chairman Sean McManus said in a statement. “Nick brought the same passion and dedication that propelled him to the world’s number one golfer to our broadcasts.”

Immelman, 42, of Cape Town, South Africa, takes the torch at a pivotal moment in his career. The 2008 Masters champ is set to captain the International team in the Presidents Cup in September, the same month he’ll officially step in for Faldo.

“I am truly honored to be added to the distinguished list of lead analysts who have come before me as part of CBS Sports’ storied golf history,” Immelman said in a statement. “I have had the tremendous fortune of being mentored twice in my career by Sir Nick, first as a player and now as a broadcaster. I am forever grateful. Sitting in the 18th tower next to Jim Nantz, surrounded by the best broadcast team in golf, is a dream job. I can’t wait for next season when my dream becomes a reality.”

“We are thrilled to name Trevor as the lead analyst for golf on CBS,” McManus added. “He brings the credentials and experience as a Major champion, along with a unique perspective and knowledge of today’s stars, having recently competed alongside them. Trevor has developed terrific chemistry and relationships with our entire team, and we look forward to him sharing his insights, as he informs and entertains viewers for many years to come.”