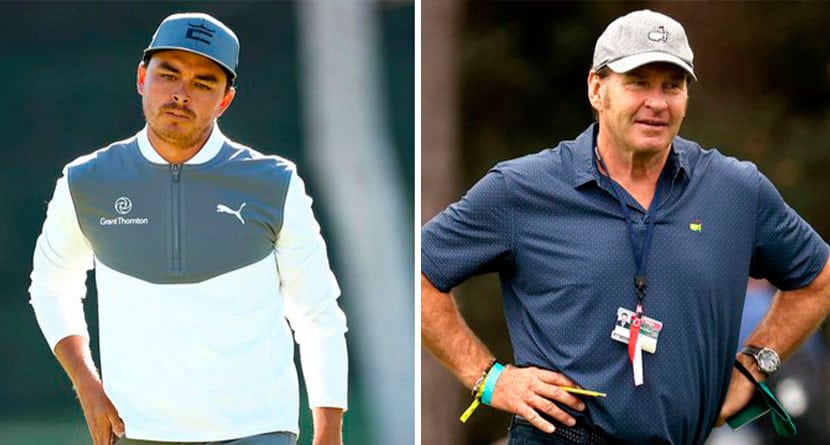 It’s no secret that Rickie Fowler has been struggling on the course recently.

The former World No. 4 is down to 65th in the Official World Golf Rankings and is poised to miss out on his first major championship since 2010 if he doesn’t make something happen in the next four weeks.

Fowler has missed two of his last three cuts on the PGA Tour and hasn’t finished inside the top-20 since August of 2020 despite making 14 starts. And he hasn’t won on Tour since the 2019 Waste Management Phoenix Open.

“Everyone that’s played really at all, especially at some sort of a high level, completely understands that golf is up-and-down,” Fowler said on Tuesday at Bay Hill. “You take advantage of the times where you’re playing well and ride those out because you know that it’s not always going to be that way, there are times where it’s going to go down and you’re going to have to fight through it.

“Unfortunately, this one’s been a little longer than I would like it to have been, but, yeah, we’re grinding through it.”

Even before Fowler’s downturn in form, he was an easy target for skeptics given his commercial success. That was only exacerbated by his current struggles and the revelation that he spends nearly an entire month every year shooting commercials for his bevy of sponsors.

“There’s a lot that goes into it, and like I said, it’s learning how to manage everything, when to do it, how to do it,” Fowler explained at the Farmers Insurance Open earlier this year. “Like I said, figuring out how many weeks in a row you want to play. If you do play three, four, five weeks in a row, which I don’t play more than three, then is it one week off or two weeks off, then you add in workdays as far as shoots with sponsors, whether they’re still or commercial stuff.

“I do about 25 to 30 days a year, so those obviously aren’t in a row. You’ve got to pick and choose are those Monday and Tuesday when you get back from a tournament or mid-week, or if you’re fitting them into one week off, it kind of interrupts your preparation or your rest, so then you have to take two weeks off to fit shoot days in. So there’s a lot that goes into just picking which tournaments you want to play.”

With the Masters creeping up on the golf world, Fowler’s current position has him on the outside looking in at the first major championship of the season, which caught the attention of six-time major champion and CBS Golf commentator Nick Faldo, who decided to take a shot at Rickie on Twitter.

Good news is if he misses the Masters he can shoot another six commercials that week! 😳 https://t.co/kgGcmaZUJO

“Good news is if he misses the Masters he can shoot another six commercials that week!” Faldo tweeted.

Getting in some hot water for the comment, Faldo chalked it up to lighting a bit of a fire under Fowler.

And as Faldo went on to point out, it’s not a new criticism of Fowler.

It also my weird way of motivating him!! #fan 2017 U.S. Open: Rickie Fowler’s coach asked him if he wanted to be a Kardashian or a golf pro – https://t.co/ui0byiBOFQ https://t.co/HwBipGwb1S

Still, as one of the more popular players on Tour, Fowler has plenty of fans coming to his defense who don’t think it’s necessary to kick a man while he’s down.