Nicklaus: For Rory To Dominate, He Must Improve 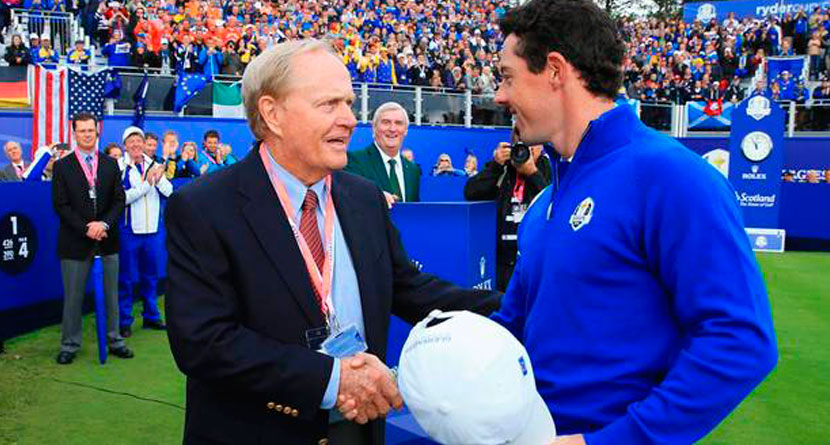 When you’re at the top of a sport, criticism can come from near and far. However, if you’re Rory McIlroy, you generally can tune all that out and do your own thing. If Jack Nicklaus is the one offering the critique, however, you may tend to listen.

Nicklaus spoke with Iain Carter of the BBC about Europe’s blue chip prospect. Not going so far as to flat out bash McIlroy, Nicklaus said that given the Northern Irishman’s success in his career to this point, if he wants to enter the conversation as one of the greatest players of all time, he needs to continue to improve.


“Rory is one of those young men who has got a tremendous amount of talent,” Nicklaus said. “He has won and played on his talent to this point. If he wishes to dominate and go forward then he’s got to improve.”

Nicklaus warned that standing still at the top of the game means only one thing – quickly being passed. And he believes the UK’s leading player is now approaching the prime of his career.

“He has to work hard, he’s got to focus on what he is trying to do and it is up to him. Certainly he has all the tools to be able to do it – it is just whether he has the desire and the willingness to give up some other things. And that’s his call. I mean, whatever Rory does, he has established himself as one of the great players that has ever played the game.

That’s high praise coming from someone who is widely considered to be at least one of the two best players to ever pick up a club. The most interesting portion of McIlroy’s career is still ahead of him as he plans to get married this April.

Nicklaus, the sport’s most famous family man, said that continued success in an evolving life comes down to time management.

“It’s just management of time,” Nicklaus said. “When you are young and single and just one dimensional you pretty much can do things at your leisure.

“Once you start getting married, having a family, other business interests, then you’ve got to learn how to manage your time and use it efficiently. He’ll learn that.”