Nike Golf’s Major Lull Is Under Armour, Others’ Gain 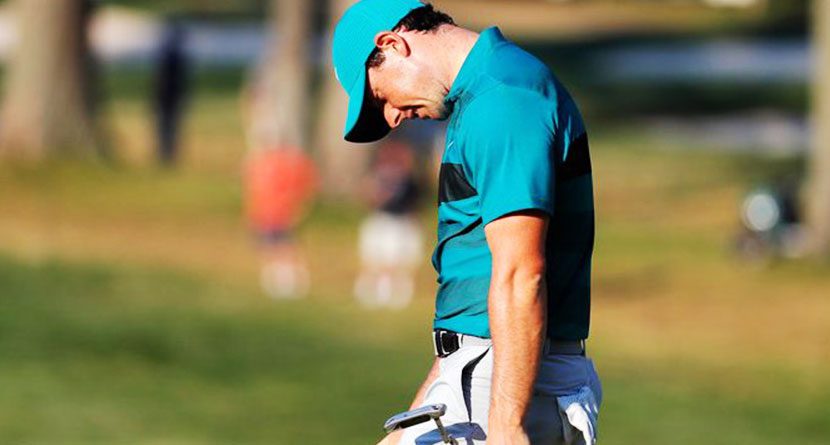 With Tiger Woods sidelined and Rory McIlroy dealing with some struggles on the golf course, we know that Nike Golf couldn’t be thrilled with how their top athletes are performing. However, when you realize the insane run of success the company has had on the course over the past 20 years, the Swoosh’s recent major slump can seem a little concerning and Business Insider says some of Nike’s competition is pouncing on it.

Nike’s golfers are hitting a dry spell — and the athletic apparel brand needs a win.

While it’s no curse of the Bambino, a Nike golfer hasn’t won a major golf tournament in the prior eight championships, ESPN Sports business reporter Darren Rovell noted on Twitter on Monday.


That makes this the longest drought for Nike’s golf roster since 2004.

Between Tiger and Rory, Nike has accounted for 18 major wins since 1997. Add in the occassional Stewart Cink, Trevor Immelman and Lucas Glover and Nike has been a major stalwart for the last 20 years.

Now, with a new age of golfers, Nike has increased their stable beyond McIlroy to other up-and-coming players, but they are yet to win any major championships since McIlroy’s last triumph at the PGA Championship in 2014. Conversely, the likes of Under Armour and adidas have seen their sponsored players lifting big-time trophies with more frequency.

As Under Armour is increasingly competing for Nike’s customers, the company is moving into the golf business. The rising sports apparel and footwear company introduced its first line of golf shoes in March, part of a more subtle and nuanced strategy for entering the golf business than Nike’s flashy, superstar-centric approach.

Nike can get potentially draw notoriously loyal golf consumers away from established golf brands, if the company can produce the results. However, with the current lack of champions, the shortcomings of Nike’s strategy of relying on a handful of superstars is becoming apparent.