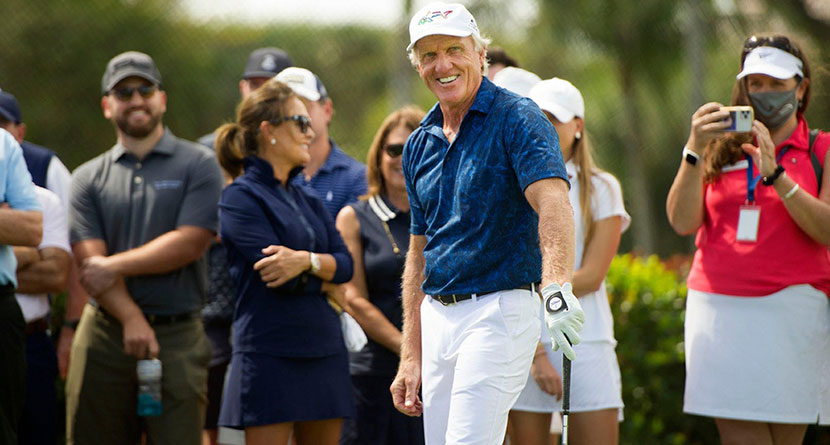 Greg Norman’s Saudi-backed LIV Golf Investments isn’t so much a rumored splinter Tour at this point as it seems to be an inevitability.

And further cementing that certainty is Norman’s penchant for hiring impressive C-Suite types that have companies such as ESPN, Amazon, Augusta National and PGA Tour on their resumes. But perhaps the most important hire to the sustainability and success of the LIV Golf brand is David Hill, the former founding chairman of Fox Sports.

Hill joined LIV Golf earlier this month as a broadcast consultant with the express mission of creating a compelling new version of what a golf broadcast can and should be.

Hill’s first foray into reinventing the wheel, so to speak, came in 1993 when he and Fox wrestled away some NFL broadcast rights from CBS. Hill revolutionized the way professional football was broadcast, installing John Madden into the booth, introducing the “Fox Box” scorebug and the down-and-distance markers that are ubiquitous across not only football telecasts, but all sports television.

So, what does Hill have in store for golf? Hill’s biggest change-up is a simple plan that flies in the face of traditional Tour tournament golf: condensed broadcast windows that feature uncommon amounts of action.

The duo's relationship dates back to Norman's ill-fated 'World Golf Tour' of the early-90s, which Fox briefly owned the rights to broadcast. pic.twitter.com/oVtIgy3O62

By employing a shotgun start and having every player on the course at the same time, Hill believes the action, storylines and characters will be front and center to the point that over the course of a 54-hole tournament (another wrinkle of LIV Golf’s proposal), audiences will be glued to the television set for four hours per day as opposed to having to stay abreast of goings-on for some 12 hours under the current linear format.

While this all sounds well and good, there are two GIGANTIC hurdles Hill and LIV Golf still need to overcome: they need players to feature in their new format, and they need somewhere to broadcast it.

The former is a more pressing need than the latter as Norman and Hill see massive opportunities in the market with which they’ve already engrained themselves, namely the Asian Tour and Eastern markets. From there, a more compelling product coupled with crazy-lucrative offers to top players will create a product broadcasters will be happy to support.

Maybe not currently. But that could all change soon.