Off-The-Course Adjustments Held Rahm Back This Year, He Says 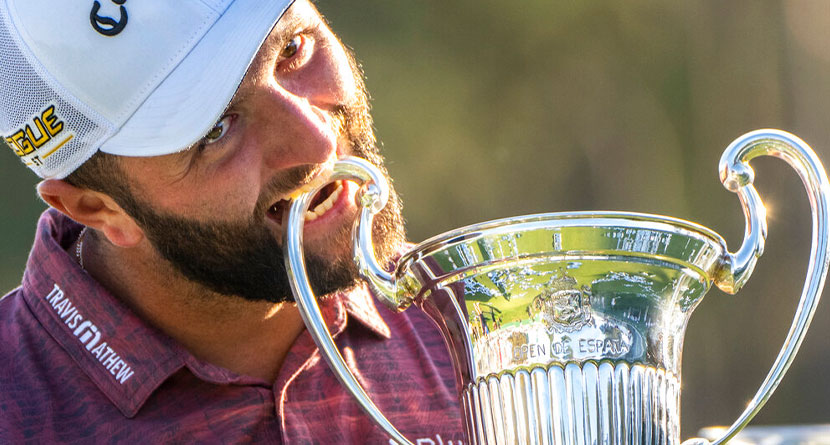 MADRID (AP) — It’s taken quite some time for Jon Rahm to adjust to changes in his personal life this year, and he said that made it tougher for him to meet expectations on the course.

Rahm, who won the Spanish Open on Sunday for his second victory of the year, said only now he feels things are finally starting to click following a busy off-the-course year that included the birth of his second child.

“People think I’ll keep winning a couple of tournaments around the world, but it’s not easy,” Rahm said. “You have to understand that I had a second child, my wife was pregnant in the middle of the season, I had to change homes, change a lot of things.

“It’s not that those are bad things, but I had to do a lot of things a little bit differently than before,” the 27-year-old Rahm said. “It was a year in which it took me some getting used to, and now that things are getting better you can see how well I’ve been playing in the last few months. It was definitely noticeable.”

Rahm’s other victory this year was at the México Open in May. At this point last year, Rahm was the No. 1 player in the world and was coming off his first major victory at the U.S. Open.

The Spaniard said it has been a lackluster year in terms of results mostly because of the expectations that had surrounded him. He noted, though, that there was still time for him to add more victories before the year is over.

“The PGA Tour ended in August but there are still some months left and usually I win during these last months,” Rahm said. “It was nice to be able to add this (Spanish Open) title and to have more than a victory in a year again.”

Rahm came to Madrid after shooting 62 in the final round of the BMW PGA Championship last month at Wentworth. It was not enough to give him a victory but it showed he was able to put everything together again for a low score. He said that round came a long way to giving him an edge in a relatively “bad” year in which he felt he didn’t get the breaks that went his way last season.

Rahm’s 9-under 62 on Sunday at the Club de Campo Villa de Madrid allowed him to reach his goal of matching Seve Ballesteros with three Spanish Open titles. He finished the week with a tournament-record 25 under.

“My lowest round, my lowest score out here, it was pretty much a perfect week,” Rahm said. “The only thing that would make it better was if my wife and kids were here. It was the first one, the newest one with Eneko, so I’m glad that’s it’s certainly after each kid that I’ve won a tournament.”

Rahm is expected to finish the season at the DP World Tour Championship in November in Dubai.