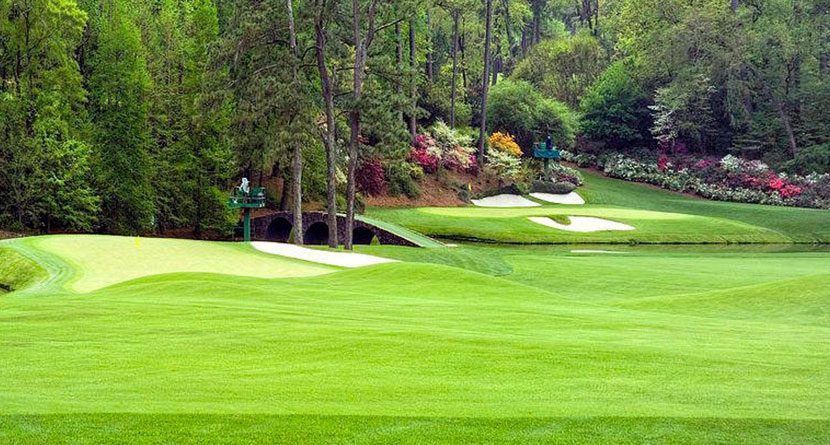 The return of golf at the Olympic Games has been a long process, but it may have been set into motion much sooner than you would expect and the original host venue could have been — and still might be! — one you’re likely very familiar with already. With the first round of Olympic Golf in the books since 1904, a cursory look back at the sport’s history in the Games has been commonplace in the build up to the Rio Olympics.

In an incredible ‘what if’ #OlympicGolf nearly debuted at Augusta National golf course. https://t.co/CQe02iNyI8

We know golf’s future in the Olympics is still up for discussion, but its past is not. In 1996, there was conversation about golf returning to the Olympics at Augusta National Golf Club. USGA Executive Director David Fay told FoxSports.com’s Shane Bacon about the possibility on an episode of Bacon’s podcast, The Clubhouse with Shane Bacon.

“It really started with what then became the International Golf Federation. In 1990, in a meeting in New Zealand, deciding we need to go to the IOC, and become the recognized international federation for golf. You have all these check marks you need to get on the Olympic program.”

From there, Fay continued, explaining how, for a brief time, the political big-wigs in Atlanta came together, to try and make it happen. And if it had, Augusta National would have served as the home base, for its return.

“You know, we almost got in 1996, when the games were in Atlanta. Billy Payne was the head of the Atlanta organizing committee, and he had a great relationship with Jack Stephens, the late czar of Augusta National.

“Billy at that time, by the way, wasn’t a member at Augusta. He just wanted to get golf on the program, Jack Stephens amazingly, he wanted to see golf on the program. He had this vision of players from the Ivory Coast and [other countries coming in], and it would would’ve been a big deal because, as you know, Augusta National is closed in the summer.”

Of course it never happened, unfortunately, with Fay noting that ‘politics sort of seeped in.’ And it would a full 19 years before the sport was actually approved, and another 20 before it will actually be played in an Olympics.

As stated above, golf in the Olympics past 2020 in Japan is no sure thing, but the United States is putting together a bid for the 2024 Games. Should that bid come to fruition and should Billy Payne still be at the helm at Augusta National, the International Olympic Committee and International Golf Federation could do worse than to pay the green coats a visit and inquire about the possibility of hosting a second tournament that year.