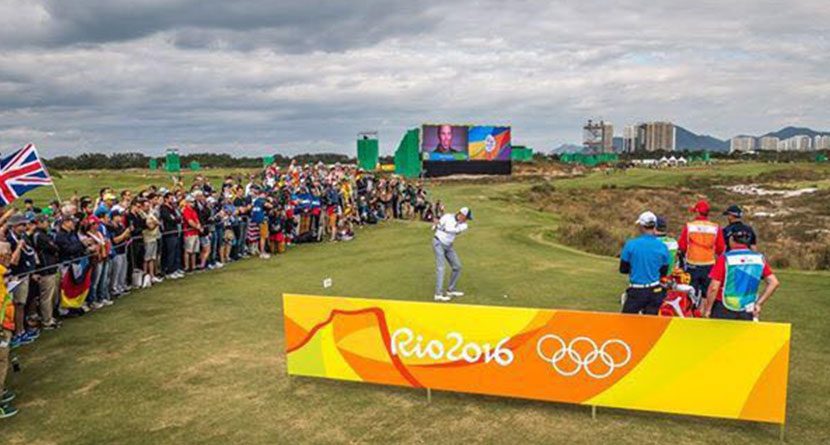 A British Olympic golfer was named in the second round of World Anti-Doping Agency medical record hacks that sought to prove various athletes were given a “license for doping,” according to Golf.com, but it wasn’t gold medalist Justin Rose.

Instead, LPGA Tour star Charley Hull’s name populated a list that has come to include the likes of Simone Biles, Serena Williams, Britney Griner and Jack Conger. Golf.com’s Pete Madden had the pertinent information on Hull.

The records, published by the hacker group known as Fancy Bear, reveal that Hull, who suffers from asthma, had obtained a therapeutic use exemption (TUE) for a substance commonly used in an inhaler. GOLF.com is not identifying the drug for privacy reasons.

Hull, 20, has been open about her condition, which forced her to withdraw from a UL International Crown match earlier this year, telling Golf Channel that her asthma had worsened since switching to a steroid-free inhalant in order to comply with international anti-doping standards in advance of golf’s return to the Olympics at the 2016 Games in Rio.

Hull joins tennis stars Serena Williams and Venus Williams and gold-medal-winning gymnast Simone Biles among 29 athletes from eight countries who have been targeted by the group. Most of documents show test results of athletes who applied for a TUE, seeking approval to use a banned substance to address a documented medical condition without risk of being sanctioned for a positive test. Fancy Bear contends that TUEs are essentially “licenses for doping,” but nothing to this point has been revealed that implicates any of these athletes in any wrongdoing. Many of the substances identified are commonly used to treat pain or allergies.

The article goes on to say that Hull has been notified by UK Anti-Doping of the WADA hack and her association with it. Hull is ranked 26th in the world and is competing this week in the Evian Championship in France.