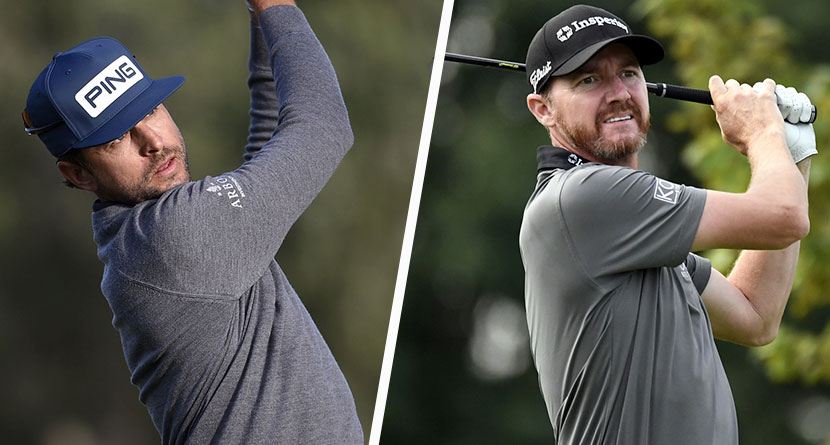 The Rules of Golf can be described as “confusing” in many situations, and downright unintelligible in others, but there are some things that are pretty basic to playing the game that two of the best players on the planet screwed up this week at the Valspar Championship.

Scott Harrington, a 40-year-old journeyman who earned his PGA Tour card for the first time in 2019, was disqualified on Friday from the event for a simple scorekeeping error, and Jimmy Walker, a 42-year-old major champion, was docked two strokes for failing to make it to his tee time on time.

Both men have been playing competitive tournament golf for the majority of their lives and still ran afoul of the Rules in boneheaded fashion on Friday.

Coming off of a 1-over par 72 on Thursday, Walker was on the range as his 7:39 a.m. tee time approached. Seemingly losing track of time, an official approached Walker approximately a minute before his tee time to let him know he was due on the first tee box at Innisbrook.

Walker was unable to make it to the tee in time, incurring a two-shot penalty that turned his opening par into a double bogey. A bogey on the par-3 fourth hole took him to 4-over par for the tournament, but he was able to rally and make five birdies coming in to make the cut on the number despite the brain fart.

“Pro tip… don’t be late for your tee time,” Walker wrote on social media after the round. “30 years in tourney golf and that’s a first.”

Justin Thomas commented on Walker’s post, “Strokes gained getting to the tee on time: -2. Rank: 156.”

Had Walker been more than five minutes late for his tee time, under Rule 5.3A, he would have been disqualified. He would shoot weekend rounds of 69-70 to finish in a tie for 29th place. The two strokes ended up being the difference between 11 spots on the leaderboard.

As for Harrington, his mistake was no less forgivable although it proved to be much less costly.

Scott Harrington is a DQ for signing an incorrect scorecard R2 of the Valspar Championship.

Opening with a 4-over par 75 on Thursday, Harrington shot a 1-over par 72 on Friday to fall well outside the cutline, but he signed for an even-par 71, a violation of Rule 6-6d that resulted in a disqualification.