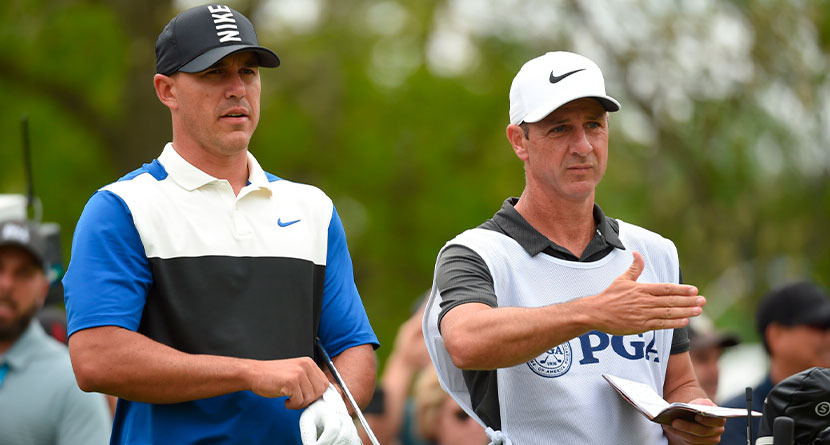 A tiny spike in positive coronavirus tests in the early part of Travelers Championship week had many fearing for the worst — a shut down of the Tour’s schedule — on Tuesday when PGA Tour commissioner Jay Monahan called an impromptu press conference from Cromwell, Connecticut, site of this week’s event.

Monahan, who was scheduled to be on property, but not speak to the media, did not cancel the event or shut down the season upon arrival, instead offering a more pragmatic outlook for his Tour during a global pandemic as well as outlining some more stringent guidelines for the Tour’s safety protocols.

“We knew it was impossible to eliminate all risk,” Monahan said. “We feel like we’re on a path that’s going to allow us to continue to sustain our return to golf, but rest assured, there will be many sleepless nights.

“When you’re working in a world of uncertainty, these are the things you worry about. But also rest assured the PGA Tour will always do the right thing as it relates to our players, our fans, our constituents and make sure we create the safest environment possible. We are just going to continue to refine and get better and better and identify ways where we can further mitigate any risk.”

Monahan reported that over the course of the Tour’s resumption, now in its third week, there have been 2,757 COVID-19 tests across the PGA and Korn Ferry Tours, with seven positive results and only two players while also stating that the four positive tests on the PGA Tour were not contracted within the Tour’s bubble, instead having been brought in from the outside.

Both Brooks Koepka’s caddie, Ricky Elliott, and McDowell’s caddie, Ken Comboy, were reported to have attended a funeral earlier in the week, which is where it is believed they contracted the virus. On Tuesday, Koepka, his brother Chase and reigning Open Championship winner Shane Lowry played a practice round with McDowell and Comboy.

With Elliot testing positive, both Koepka brothers opted to withdraw citing “an abundance of caution,” according to Monahan. This is especially notable for Chase, given that he doesn’t have PGA Tour status and got into the field via Monday qualifying.

As for Simpson, both of his tests this week have come back negative, but with a family member has tested positive, he withdrew in order to “take care of (his) family and protect his peers,” according to GolfChannel.com’s Will Gray.

The inevitability of positive tests was a main talking point for Monahan during his meeting with the media, as was the stricter protocols that will have to be adhered to by players who have been given a stark reminder of their fallibility.

Additional testing will take place for those flying on the Tour-chartered jet as well as coaches and other personnel on site with the penalty for flouting the protocols hitting the players where it hurts: their wallets.

“We will have our fitness trailer on-site next week. One of the things that we’ve identified or we want to eliminate is players going to off-site gyms, having our physio trailers here will help that. All of our players entering those physio trailers will be wearing masks.

“We have developed a program, a stipend program, for players on our tours, if they were to test positive during the week or during competition, and to be able to be eligible for those protocols, we’ve just reconfirmed for our players, you must follow our protocols in order to qualify for the stipend.”

For the time being, the show goes on. With Koepka and Simpson withdrawing, the strength of the field takes a hit, but the Travelers will still see one of its strongest field tee it up on Thursday at TPC River Highlands.