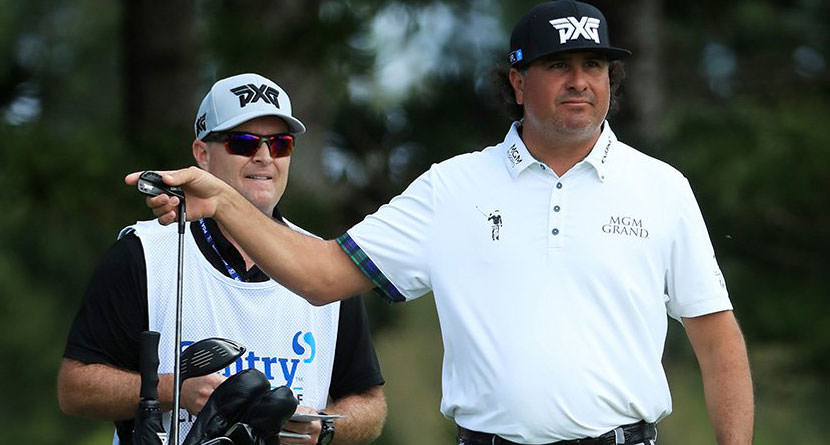 The Ryder Cup is still nine months away, but its top of mind for the pros who are trying to crack the team for the first time in their careers. Pat Perez is a prime example of someone on the outside looking in.

At 41 years old and playing the best golf of his career, Perez is ranked 17th in the world and hoping to make his first International competition appearance for the United States. The only problem is that his two strongest finishes of the young 2017-2018 PGA Tour season — a win at the CIMB Classic and a T5 at the CJ Cup @ Four Bridges — didn’t count towards his Ryder Cup points total.

Perez voiced his displeasure this week at the Dubai Desert Classic in his pre-tournament press conference. Ewan Murray of The Guardian had his comments.

Pat Perez, who like Montgomerie will compete in this week’s Dubai Desert Classic, used his pre-tournament media duties to have a swipe at the US Ryder Cup qualifying process. Perez won the CIMB Classic – a PGA Tour event – in October but the tournament was not valid for the Ryder Cup points list. Perez’s recent run has lifted him to 17th in the world.

“I won in Malaysia and I finished fifth in Korea and I didn’t get any points for the American side,” Perez said. “That upset me a little bit. I’m 13 on the list, but I should be probably three or four.

“So it kind of put a bitter taste in my mouth; the fact that you win on the PGA Tour, you beat some good players and yet you don’t get any points because of whatever our committee has decided to do.