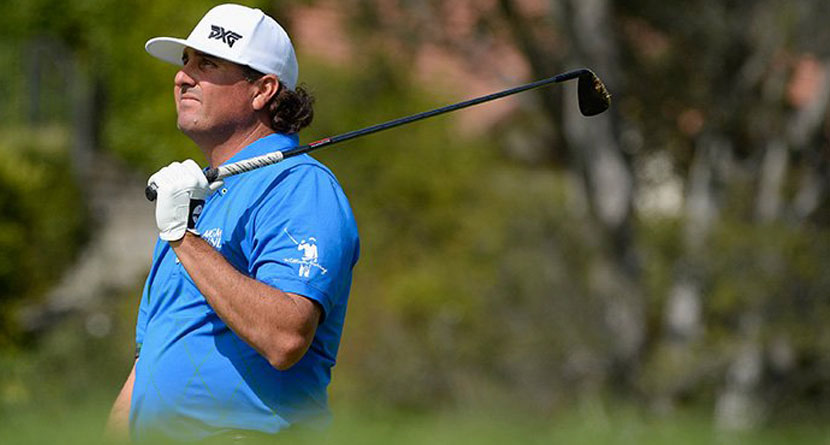 Sunday at Riviera held a lot of promise for Pat Perez as the two-time PGA Tour winner was set to play 36 holes of marathon golf. One shot back of Dustin Johnson at the halfway point, and with weather washing out Saturday for the late starters, Perez was going after his second win of the wraparound 2016-17 PGA Tour season with the leader playing alongside him.

Instead, what transpired was something every professional golfer dreads. En route to a 3-over par 74 during his morning round, Perez stepped to the 12th tee, a cambering left-to-right hole, and lost a drive to the right and into the gallery.

Striking a fan in the head, Perez signed a souvenir for the injured fan before making a bogey on the hole. However, the uneasiness of the day wasn’t over. Three holes later on the dogleg right par-4 15th, Perez couldn’t manage to get his ball around the corner and again watched as it crashed into the spectators.

Pat Perez is just picking people off one by one pic.twitter.com/hvkjWe7Ou2

Again, Perez signed a piece of memorabilia for the fan, but striking two spectators in the span of three holes, neither of which were accompanied by a “fore!” call agitated many, including fellow PGA Tour professional Shane Lowry.

What’s it gonna take for players to start shouting fore. A signed ball or glove is no good to anyone if they are seriously injured???

The scrutiny from the incident seems to have been enough to force PP to delete his Twitter account. Perez would wind up finishing in a tie for 28th place at the event.