Pat Perez’s Decision to Turn Pro was a No Brainer 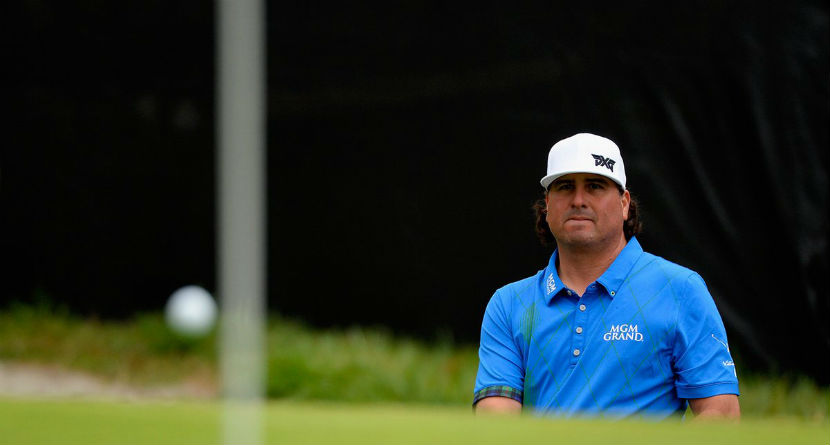 This may come as a shock to you, but PGA Tour pros didn’t magically become professional golfers overnight. It takes years and years of hard work, positive thinking, and even a little bit of luck. While everybody has their own unique story, Pat Perez’s journey to earning is Tour card is one worth reading about. He’s the latest golfer to tell his tale through the golfing ranks on The Players Tribune with an article he wrote entitled “You Don’t Know Me,” and we highly recommend checking out the whole thing.

Over the course of the article, Perez highlights the ups and downs he encountered on his way as only he can tell it with sincerity and a whole lot of profanity. Some of the highlights include the first time he played La Quinta Country Club, the time a 16-yeard old Perez outdrove John Daly with Daly’s own driver in a Pro-Am, and the time when he beat Tiger Woods by eight shots with a borrowed set of clubs in a junior event. But one story that caught our attention was the “decision” the outspoken Mexican-America made to turn pro.

This is the untold story of 16-year @PGATOUR pro Pat Perez: https://t.co/x8jVXZncbR pic.twitter.com/QMwQB0vmfH

After losing his scholarship to Arizona State University where he was part of a national championship winning team, he was given another opportunity to play when a family friend offered to sponsor him for some local tournaments. As the story goes:

After eight months of barely playing golf, I won the first event I entered, a one-day tournament on the Golden State Tour. At the winner’s ceremony, the tournament director gave me a choice: I could either keep my amateur status, or I could take my winnings and turn professional.

I thought about it for a second.

“Well, how much is the check?”

While $500 isn’t a lot in the scheme of things now for Perez, it was back then. As it turns out, it was a good choice. The very next day he played another one-day tournament and sure enough, he cashed in winning again and taking home two grand.

I’ve made $2,500 in two days, which is like three months of working at the range and driving someone around for minimum wage. S***, I can keep doing this!

Close to $20 million in career PGA Tour earnings later, it seems Perez made the right decision.