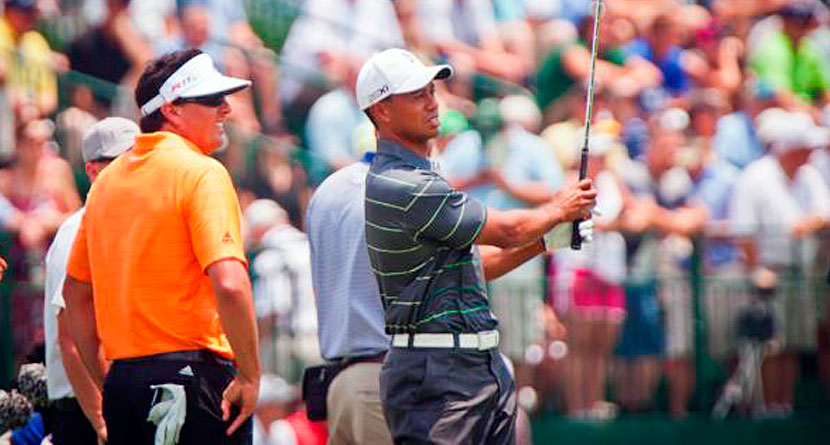 Pat Perez rocked the golf world on Thursday by saying what everybody may or may not be thinking regarding the state of Tiger Woods’ game during an interview on SiriusXM PGA Tour Radio. While his comments were met with some serious push pack, the fact is he may have a point, and at the very least he’s entitled to his opinion.

After briefly acknowledging that Tiger is “a needle mover, he is the needle” in golf, he unleashed this scorching hot take:

Not to add insult to injury, but when asked if he thought Woods is going to play the Masters this year, Perez said, “If he doesn’t play Augusta, then it’s over.”

For the record, Perez did try clarifying his comments later on:

Pat Perez on Tiger Woods: “he’s done for the year….I don’t mean done as in golf in general.”

Pat Perez: “it’s nothing malicious, its nothing mean, it’s just my opinion.”