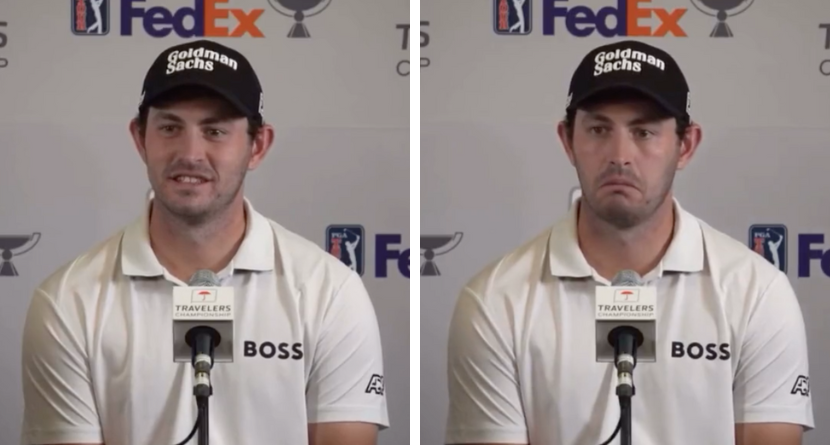 “Have they made you an offer, and do you have any interest in it?”

Those were the 14 words, spoken by a reporter at a pre-tournament press conference for the Travelers Championship Wednesday, that wiped away Patrick Cantlay’s smile, slumped his shoulders and contorted his face like a whiff of sour milk.

Cantlay, whose icy stoicism in competition belies an uncommon eloquence away from the course, has mostly been spared from the rampant speculation that has tied up so many of his peers in verbal knots.

Well, those days are done for the world No. 6.

Whether or not a nondisclosure agreement was the culprit for Cantlay’s fidgeting, the damage has been done. He would have been better off pushing away from the table and running out of the room, at which point he could have concocted a more convincing story.

Suffice to say, deferring to agents and handlers and feigning complete ignorance about an eight-figure deal isn’t going to pass anybody’s smell test.

We could transcribe a quote from the exchange for you, but there would be too many um’s, ah’s and ellipses. It’s better to watch the carnage, er, footage below for yourself. We defy you not to cringe.