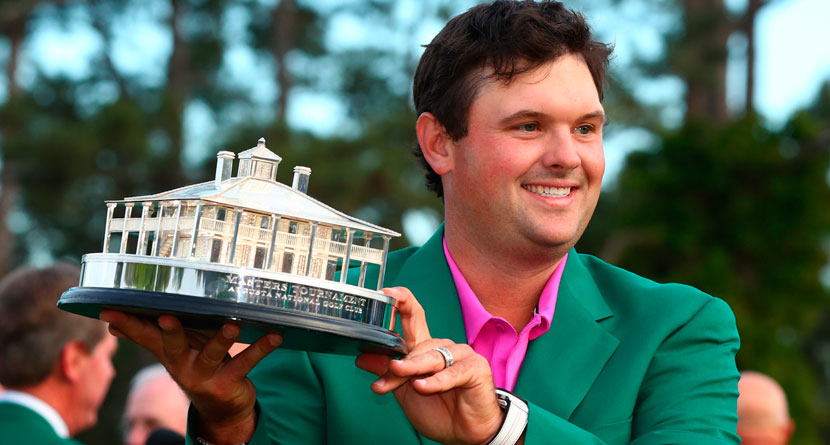 There are plenty of opinions out there about Patrick Reed, but it’s hard to begrudge the Augusta State product for indulging in his biggest professional victory to date: the 2018 Masters.

Winning a major championship is life-changing, and Reed showed off the latest spoil of his most famous victory on Tuesday: a custom 2019 Porsche 911 GT2 RS.

Before Reed hopped on a plane over to Germany for the Porsche European Open, the German automaker delivered Reed’s commemorative green-shaded 911 GT2 RS, which starts at $294,000. Given Reed’s custom paint job and any other add-ons he desired, the price tag of his new ride is likely well over the $300,000 mark.

‪Great to be back in Hamburg, Germany for the Porsche European Open! Before I left, I broke in my commemorative Masters GT2RS! Excited to play the next three events on the @EuropeanTour. #PEO @KLMOpen, @BMWPGA #1of1 ‬

“Great to be back in Hamburg, Germany for the Porsche European Open!” Reed posted to his social media accounts. “Before I left, I broke in my commemorative Masters GT2RS! Excited to play the next three events on the European Tour.”

Reed, who finished the 2018-19 PGA Tour season with a flourish thanks to his victory at The Northern Trust in the FedEx Cup Playoffs, finished in a tie for ninth place at the Tour Championship and earned $843,333.33 for his efforts.

Reed will now turn his attention to the other side of the Atlantic as he plans to play in three events in a row on the European Tour. After this week’s Porsche European Open in Hamburg, he’ll tee it up at the KLM Open in the Netherlands as well as the Tour’s flagship event, the BMW PGA Championship at Wentworth.

“Coming over and getting on this stretch after how I finished on the PGA Tour, I feel confident and solid,” Reed told EuropeanTour.com. “Hopefully I can continue that form and play some good golf to get myself in the right frame of mind and a good position on the Race to Dubai. “It’s always awesome. It’s always been a dream of mine to be a world player and go to different countries and to experience life outside of what you’re comfortable in. To be able to come over, especially here in Hamburg – there’s a reason I continue to come back.

“I have not been to Amsterdam before, so to go there is exciting. I’ve been to London before, but haven’t played Wentworth yet. I feel like playing around helps round me as a person but also helps my golf game — playing on different grasses and in different climates. There’s a lot of little things that go into playing golf that a lot of people may not realize.”

Reed will play alongside Paul Casey and Richard McEvoy in the first two rounds at Green Eagle Golf Course.