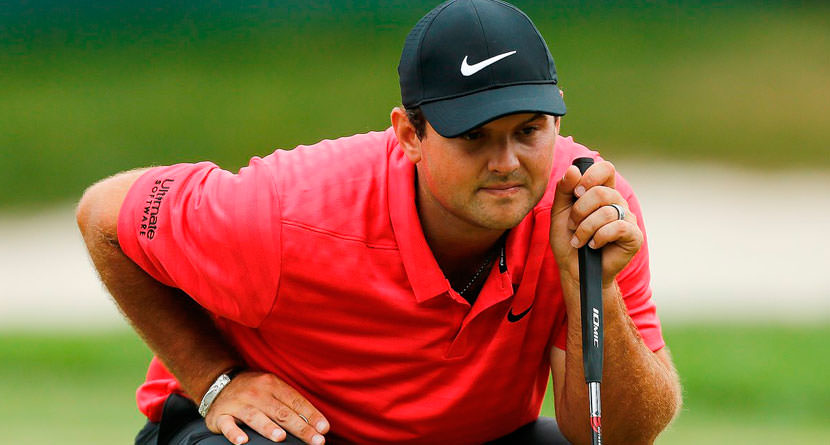 Patrick Reed has proven that he can be a combative sort in his over six years on the PGA Tour and that fiery personality that has endeared him to some fans and turned him into a villain in the eyes of some others resurfaced on Sunday at the Arnold Palmer Invitational.

Reed was 7-under through his first three rounds and likely outside of shouting distance from the leaders, but in a Ryder Cup year, every stroke and every point matters. Reed had shot even par on the front nine at Bay Hill Club & Lodge and birdied his second hole of the day at the 10th to begin a creep up the leaderboard.

However, that climb was halted on the 11th hole when he bombed his approach shot some 25 yards past the hole and into some native area behind a television tower. Reed was adamant he deserved a free drop from some television cables that were impeding his stance. The on-site rules official disagreed saying that he would need to take an abnormal stance to be standing on a cable.

A fan, @ssteele55 on Twitter, had his cell phone at the ready and captured the back-and-forth that of Jordan Spieth’s name was brought up in.

What’s more, the person who can be heard saying, “Anyone else would get a drop out of there any day of the week,” was identified by the original video-taker as Reed’s wife, Justine, who is a consistent presence around the ropes during her husband’s rounds.

In the end, Reed wasn’t awarded a drop and he slapped his third shot six feet in front of him, which ironically earned him a free drop. He then hit his fourth shot onto the putting surface to 21 feet and two-putted from there for a double bogey.

Reed would go on to birdie two of his last seven holes to post 8-under par and finish in a tie for seventh place.

UPDATE, March 20, 1:30 p.m. EST: Another fan, Tyler Soughers was recording during the duration of the rulings, giving a broader context to the entire situation from original ruling through his fourth shot onto the green.