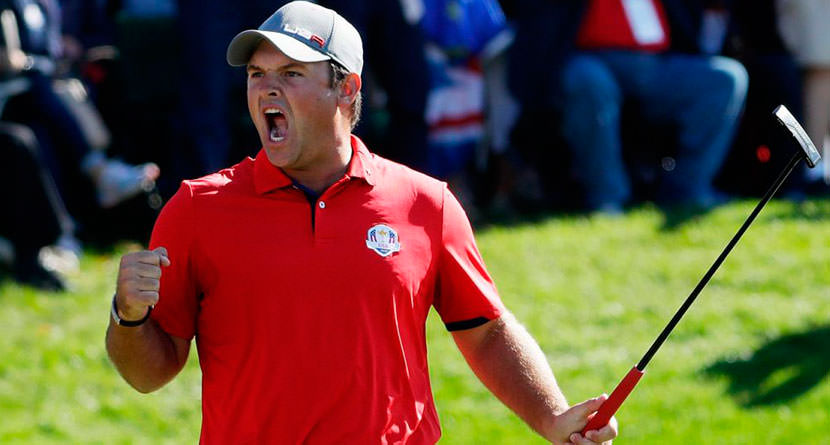 Patrick Reed’s rise to prominence has long been accompanied by Callaway-branded apparel and clubs, but that won’t be the case in 2018 and beyond as the five-time PGA Tour winner announced he would be a Nike athlete in the coming years going back to the brand he repped in his early years on Tour.

I am so proud to announce that I have signed with Nike! I am so happy to return to the Nike family and be a part of such an elite group! #Nike #justdoit #NikeGolf pic.twitter.com/NRGRS6UsWc

Reed racked up all five of his wins while sporting the Callaway chevron and rose to prominence in international competitions while using Callaway equipment. Although he is no longer under contract with Callaway, there has been no announcement made as to what clubs Reed will put in the bag for 2018.

PGATour.com’s Jonathan Wall had more information on the move.

Patrick Reed will be wearing the Swoosh once again on the course. The 5-time PGA Tour winner was one of five players who signed head-to-toe footwear and apparel deals with Nike Golf for the 2018 season. European Tour winner Chris Wood and first-year pros Cameron Champ and Jimmy Stanger also inked new deals, while Alex Noren became a head-to-toe staffer. Lee Westwood and Si Woo Kim round out the roster as footwear-only signees.

Reed signed his first official equipment and apparel deal with Nike after turning pro in 2011 but left for Callaway midway through the 2013 Tour season. Unlike his previous deal with Nike, the new one will only include apparel following the company’s departure from the hard-goods industry in 2016.

While Reed’s apparel future is clear, his equipment status is up in the air. The 24th-ranked player in the Official World Golf Ranking is no longer under contract with Callaway for his equipment and has yet to announce if he’ll be signing on elsewhere for this year. In addition to his Callaway equipment, Reed used gear from PXG, Bettinardi, Titleist, Cleveland and Bridgestone (ball) on different occasions last season.