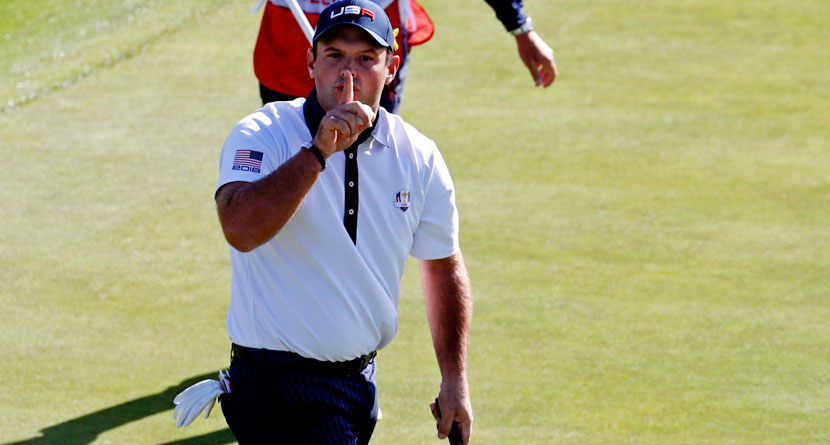 Patrick Reed has had a prickly existence on golf’s biggest stages since his time in the college ranks, but embracing the role of a villain isn’t something he’s prepared to do in the U.S. or abroad.

Playing in this week’s BMW PGA Championship on the European Tour, Reed spoke to the media on Tuesday ahead of the event and dispelled the commonly held belief that he and European fans are at odds with one another.

“I can’t wait. I’m pretty sure I’ll get some shushes,” Reed said in reference to his infamous celebration from the 2014 Ryder Cup. “I’m pretty sure we’ll have some friendly banter going back and forth. The fans here are unbelievable. Ever since I came over in 2014 for the Ryder Cup, ever since that point, the fans have just been unbelievable.

“It’s always awesome coming over and playing because they get it. They understand golf. They want to see great golf, and being the guy that they root against, it seems likes once every other year, now we’re able to get the fans on our side and cheer for us.”

A reporter followed up by asking not-so-subtly, “You embraced the role of pantomime villain; do you have a relationship with the fans where they seem to enjoy you?”

“That’s an amazing thing coming over,” Reed rebuffed. “If it’s not a Ryder Cup year, they seem to get behind me and they seem to have a lot of fun. They try to pick you up if you’re not playing well and if you’re playing well, they are trying to keep you going.

“It’s one of those things that coming over and playing is a treat, and especially with the fans, and a place like this where it’s going to be packed with people and how good the golf course is and how deep the field is. It’s going to be an awesome atmosphere.”

Reed will play the first two rounds of the European Tour’s flagship event alongside Justin Rose and Jon Rahm.