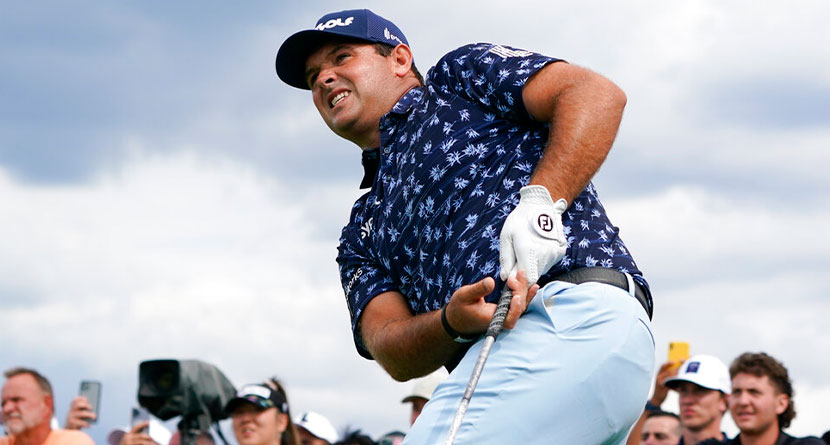 A chaotic summer for professional golf has become slightly more so with news of a lawsuit filed on behalf of Patrick Reed against Golf Channel and analyst Brandel Chamblee.

Court documents revealed on Tuesday detailed extensive claims by Reed’s attorney that Chamblee and Golf Channel made pointed efforts to single out and denigrate Reed over the course of his PGA Tour career.

It also claims that Chamblee has a history of labeling Reed a “cheater” and that as a result, hecklers on the course echoed Chamblee’s sentiments toward Reed. Furthermore, it touches on complaints of “reckless disregard for truth” and reporting false information.

The civil suit accuses both parties of defamation and Reed is seeking $750 million in damages.

The complaints against Chamblee also include his repeated attempts to “destroy” Reed’s reputation, as well as overly-harsh criticism regarding LIV Golf and any players that opt to take the money and participate in Greg Norman’s experiment.

Reed says that fans taking cues from Chamblee often heckle him during tournaments, yelling at him, “‘You cheater!’ ‘Cheat!’ ‘Everyone hates you cheater!’ ‘You’re going to miss this you cheater!'”https://t.co/wc4cIZCCWI

On top of recent LIV criticism, the lawsuit also claims that Chamblee and Golf Channel have conspired with PGA Tour commissioner Jay Monahan in this smear campaign going back as early as 2014 when Reed was just 23 years old.

It’s important to note that Reed’s attorney, Paul Klayman, is something of a defamation lawsuit specialist despite having little-to-no success and a highly questionable reputation.

This is another in what figures to be a long line of legal proceedings. Just last week, three LIV members — Talor Gooch, Hudson Swafford, and Matt Jones — took to the courtroom in an attempt to play in the FedEx Cup Playoffs, which a federal judge swiftly denied citing no irreparable harm.

Patrick Reed has had a career speckled with controversy involving everything from his family life off the course to his relationships with teammates and behavior on the course. As a result, he’s not known amongst the media and his peers as a particularly beloved figure on Tour.

Multiple allegations ranging from stealing from teammates to cheating resulted in his removal from the University of Georgia golf team, which was followed by a suspension at Augusta State, where he would finish his amateur career.

There have also been various rules flaps throughout his PGA Tour career – improving his lie in bunkers and questionable relief. It’s safe to say that the 2018 Masters Champion and 9-time Tour winner has talent that’s undeniable, but also a knack for generating negative publicity and this lawsuit is no exception.

As golf’s arms race hurdles onward, it’s no secret that LIV Golf has divided fans and players while making the golf world a more complicated and contentious place.

The PGA Tour season expires on August 28, so expect more defections and legal proceedings to take place as the tensions continue to rise. Meanwhile, Patrick Reed sets his sights on the next LIV event, taking place in Boston on September 2-4.