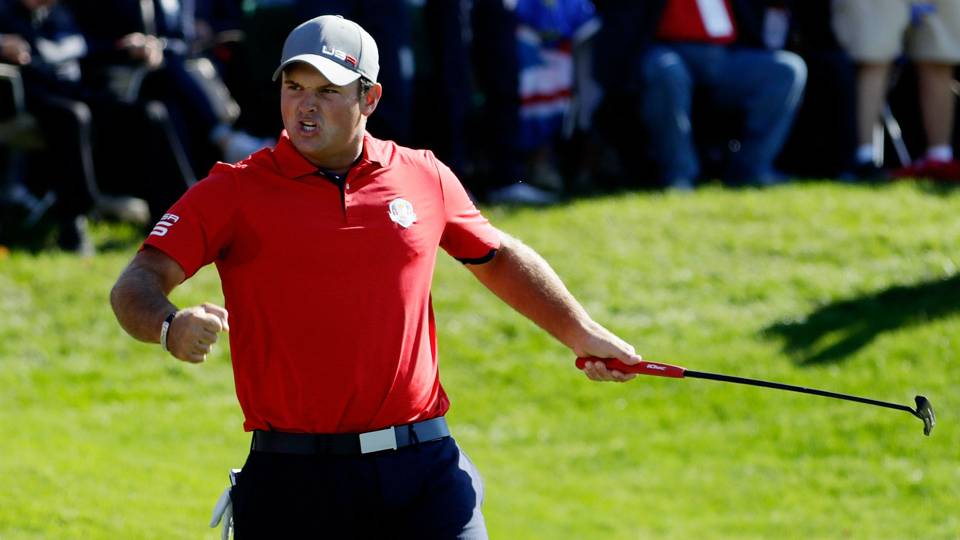 Patrick Reed’s routine for Sunday in contention is simple: he wears red on the final day, just like Tiger Woods because he does it in honor of his idol Woods.

For all five of his PGA Tour wins in his career, Reed has worn red for the final victorious round. Reed leads the Masters by three strokes over Rory McIlroy and is on the cusp of his first major championship. He won’t be doing it in his trademark red, however.

Reed’s sponsor is Nike, and the behemoth sneaker company let it be known that none of their golfers can be in red on the weekend.

Well, there is a certain player on Nike’s payroll who has made “Sunday Red” his thing. Woods made the cut at the Masters and is 4-over par after playing even on Saturday. He sits 18 shots behind Reed, but he gets the first crack at his outfit apparently.

Reed told the Golf Channel on Friday that there would be no red and black over the weekend. Nike players were told to wear pink shirts on Sunday. There is no word on whether Woods is included in that group.

“All the players will either be in dark blue or gray, grayish-black (Friday) and (Saturday) and then all of us will be in the same color Sunday,” Reed said.

Reed started wearing red and black while in college at Augusta State and did it as an homage to Woods. The Sunday Red is iconic of Woods and winning, and perhaps Reed can start a new tradition. Sunday pink coming to a course near you.

Reed will have the world watching on Sunday and the golf universe in his hands if he can win the Masters. Let’s hope he has the power to pick his own wardrobe going forward.