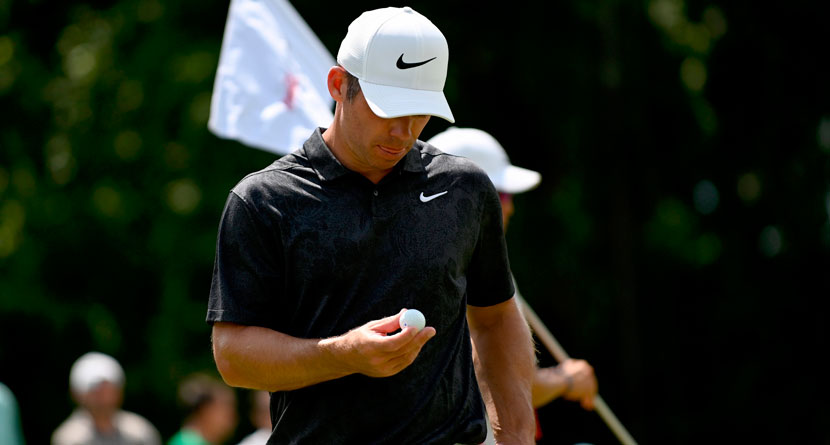 Most golfers will agree that the Rules of Golf can be difficult to understand, but what nearly cost Paul Casey a stroke on Friday at the Porsche European Open was next-level head-scratching.

The first-round leader after shooting a 6-under par 66 on Thursday, rules officials confronted Casey in the scoring trailer to show him a video and ask him about a putt he made en route to a second-round 1-over par 73.

Casey was faced with a short-range putt that would creep in the left side of the hole. The original video of the incident seems innocuous enough, but upon closer inspection, there’s a curious cameo by an unsuspecting bug.

“I putted the ball,” Casey explained. “When I looked up, the ball was going at the hole, just crept in left edge. (The rules official) showed me the video. (The ball) just ran straight over the poor bug. Hopefully, it didn’t hurt him.

“If you knowingly hit an animal — and a bug is considered an animal — during the course of a stroke on the putting green, you have to replay it. I didn’t knowingly hit it, so I’m alright. Almost a rules infraction. I had no clue.”

Casey being unaware of the creature crawling through his line allowed the putt to stand as holed.

Entering the weekend, Casey, the 17th-ranked player in the world, was six shots back of Scotland’s Robert MacIntyre.

Other notables in the field in Hamburg, Germany include Patrick Reed (13 shots back), Xander Schauffele (9 shots back) and Matt Kuchar, who missed the cut after back-to-back 2-over par 74s.