Lawrie Skeptical Of Process To Replace Stenson As European Captain 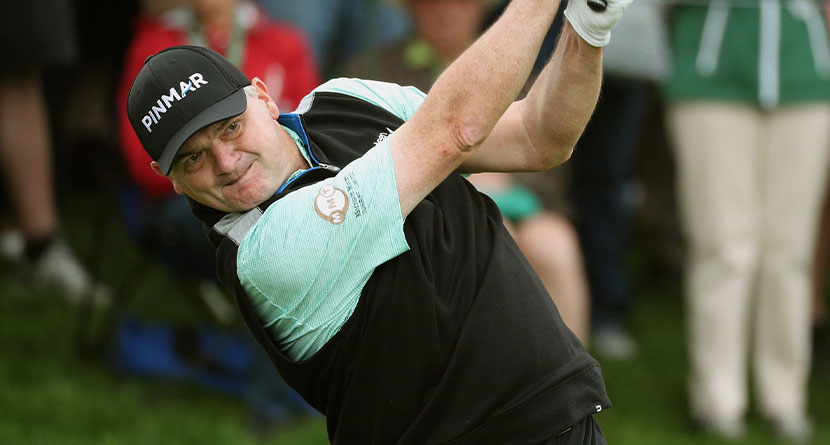 Following the United States onslaught at Whistling Straits last year, the European Ryder Cup team is struggling to even find a captain.

With the departure of Henrik Stenson to LIV Golf, the Europeans are left with limited options to replace him. Possible captain candidates such as Lee Westwood, Ian Poulter and Graeme McDowell have already signed with LIV as well and cannot be named captains.

Stenson tweeted that he was “hugely disappointed to not be allowed to continue in my role” as the Ryder Cup captain, but nevertheless, the Euro team will have to find someone to take his place.

In terms of replacing Stenson in a hurry, 2018 European Ryder Cup captain Thomas Bjorn’s name has been tossed around as a possible replacement, although the original three candidates for the position were Luke Donald, Paul Lawrie and Robert Karlsson.

However, not everyone agrees that Bjorn is the best and easy replacement. In fact, one of the men thought to be in consideration for the job, Lawrie, had some strong words regarding the voting process and Bjorn’s potential return as captain, especially considering Dane’s seat on the European Tour Tournament Committee.

“I assume they just go back to the way they did it before, with the five guys voting on the now three people who were up for the job initially,” Lawrie said. “I’m led to believe that might not be the case.

“And, if it’s not the case then it’s a joke, to be honest. It has to be the same way as it was before. You’re still trying to appoint the captain for a role, you’re not looking for something different. So let’s see what happens. I’ve not heard anything.

“You hear Thomas’s name being banded about now. I don’t see how that can be the case. He’s voting. How can you get the job when you are voting? I don’t get it. But we’ll wait and see. Nobody knows what is happening. I think it’s next week when they decide.

The European Tour’s Tournament Committee selects the European team’s captain, although the choice must be ratified by the European Ryder Cup Players and Stakeholders Board. The American captain is named by the PGA of America and the PGA’s executive committee.

2020 European Ryder Cup Captain Padraig Harrington discussed the events surrounding Stenson’s departure and was fairly blunt in his assessment as well, criticizing Stenson for jumping onto the bandwagon after the main criticism has subsided.

“Clearly it’s unfortunate, the situation that he’s not going to continue on as captain,” Harrington said. “He signed a contract not to do that and was specifically asked not to do that. So yes, I don’t — I have no empathy there. No, he took The Ryder Cup job when LIV was in doubt, and now that LIV is pretty much mainstream normalized, he’s jumped ship.”

It will be interesting to watch the European Ryder Cup situation as it continues to evolve and unfold over the next few weeks and months.