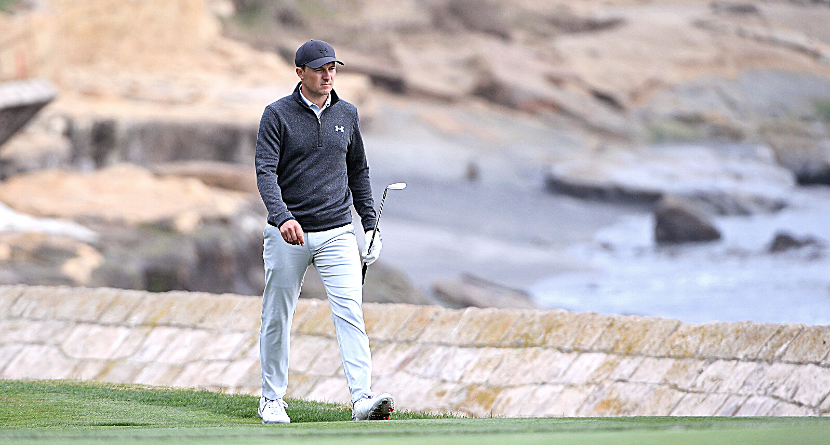 Jordan Spieth is more shot-maker than golfer, a daring visionary whose escapes are endlessly fun to emulate.

Indeed, imitation is the sincerest form of flattery. But it appears the proprietors of Pebble Beach Golf Links are not willing to find out where the line between flattery and tragedy lies.

The course recently made some changes to the par-4 eighth hole, moving a boundary near the edge of a cliff that splits the fairway in order to discourage players from recreating a death-defying shot Spieth pulled off in February’s AT&T Pebble Beach Pro-Am.

“We wanted a ball that goes into that area to be far less appealing to play,” John Sawin, vice president and director of golf at Pebble Beach, recently told Golf Digest. “The problem with Jordan’s shot was that he had a fairly clean lie, albeit on the edge of a cliff. He felt that he could get a club on it, whereas we want lies in there to be fairly unattractive so that people take a drop and not even be tempted to play out of there.”

Sawin said the area near the cliff, which overlooks Carmel Bay, has been “pulled back.” Instead of 2 or 3 feet separating the penalty boundary from the precipice, there’s now about a six-foot gap in front of the 70-foot dropoff. The fairway was also moved back, and a sign urging players to exercise caution has been enlarged.

“This is downright terrifying right now.”

This shot from Jordan Spieth was quite the situation. 😬 pic.twitter.com/sq04R96GXQ

The three-time major champ had engaged in one of his trademark deliberations with caddie Michael Greller, who was against playing the shot. In lieu of taking a penalty stroke to move the ball to a safer location, Spieth pulled 7-iron to cover the 162 yards needed to reach the green. He ended up missing left and getting up-and-down for par.

“Looking back now, it was not smart,” Spieth said at the time. “I wish I hadn’t done it. In fact, I regret doing it.”

“We’re very grateful that it ended the way it did,” Sawin said. “Some of the caddies here tell me that Jordan’s shot has now replaced the [Tom] Watson chip-in among the guests as the most asked-about shot on the course. But, obviously, we want it to just be talked about from this point forward.”