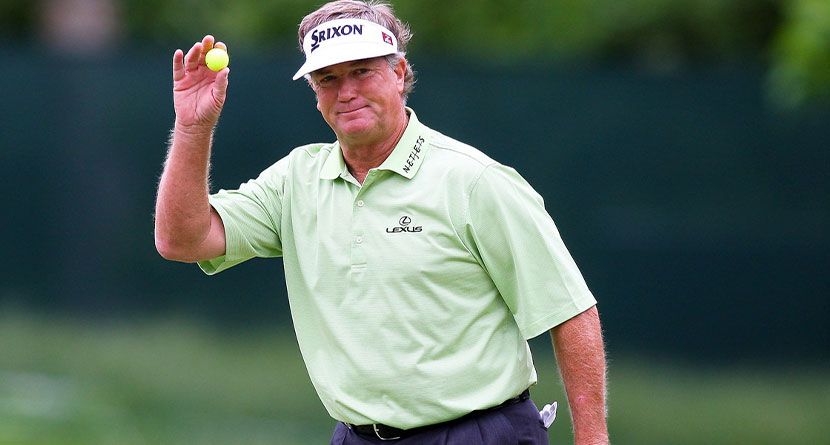 Peter Jacobsen is fired up that the game’s top pros are skipping the AT&T Pebble Beach Pro-Am.

The unofficial mayor of the event, Jacobsen has been teeing it up on the Monterey Peninsula since his PGA Tour debut in 1977, and he’s been coming back ever since, because as he says, it is “the most important tournament on the PGA Tour.”

Speaking from a player’s perspective, Jacobsen — who retired from competitive golf this week after missing the cut at age 67 — didn’t call out the cadre of top names who chased an appearance fee in Saudi Arabia for their moral or ethical shortcomings; instead, he said the players and their agents should be more in tune with how the business of the PGA Tour works and what an event like the AT&T Pebble Beach Pro-Am means to the Tour.

“I understand getting appearance fee money. I’ve done that myself. But I think this is the one tournament that is extremely important to the success of the PGA Tour and it’s disheartening for me to see so many miss this tournament,” he said.

“The players have gotten to where the only people they listen to are the agents. That’s a real bad direction for the game of golf to go. I hope someday that somebody realizes how important this event is to the past, present and future of the PGA Tour.”