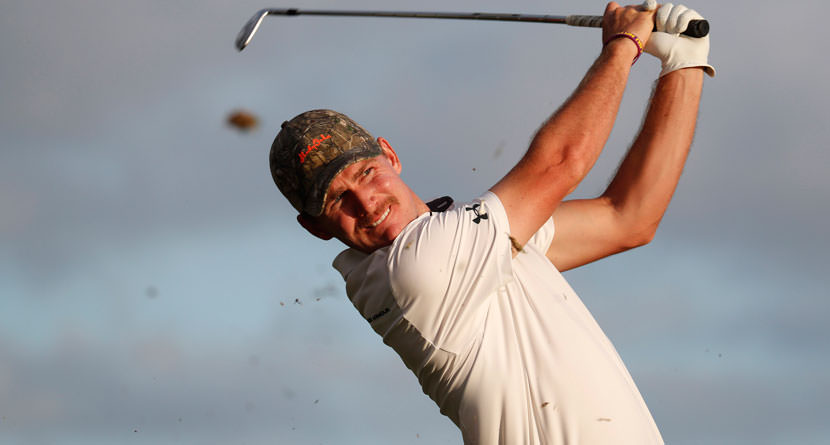 They say that every shot counts on the PGA Tour, from the first drive on Thursday to the last putt on Sunday, and John Peterson, perhaps more than anyone else in the game right now, can attest to how valuable a stroke can be.

The LSU product shot a final-round 66 on Sunday at A Military Tribute at The Greenbrier to move 25 places up the leaderboard and into a tie for 13th, his best finish of the season in which he is playing on a medical exemption.

Making the cut on the number in his final exemption start, Peterson believed he needed to make $60,000 in West Virginia to earn conditional status to play the rest of the PGA Tour season in the 126-150 category. While his T13 finish earned him double what he believed he needed — $121,000 — the Tour grants status on the basis of FedEx Cup points, not dollars earned.

Peterson tweeted out his confusion on Sunday evening, explaining that what he actually he needed was 55.33 FedEx Cup points, which he came up just 0.58 points shy of with the 54.75 points he earned for his part of the eight-way tie for 13th, basically meaning that his season — and his career — were just one shot short.

Peterson, who is just 29 years old and a former NCAA Individual champion, confirmed at the Wells Fargo Championship earlier this year that he would be retiring if he didn’t earn at least conditional status.

“I’m kind of freewheeling it at this point,” Peterson said. “I know a little bit has been said about me retiring if I don’t make the necessary money for my medical starts, and all that’s true. If I don’t make it, I’m not playing golf anymore.”

While the wounds are still fresh, Peterson has a decision to make as it pertains to his future. Having previously said that if he doesn’t secure a card he would take up real estate in his native Texas, his FedEx Cup point accumulation will likely be enough to earn him a spot in the Web.com Tour Finals later this year where he would have the chance to earn one of 25 PGA Tour cards up for grabs.